Balkans are gambling on coal as EU utilities opt out

Eurelectric members have pledged to build no new coal power stations from 2020. So why do firms in Serbia and Bosnia still think they can make coal pay? 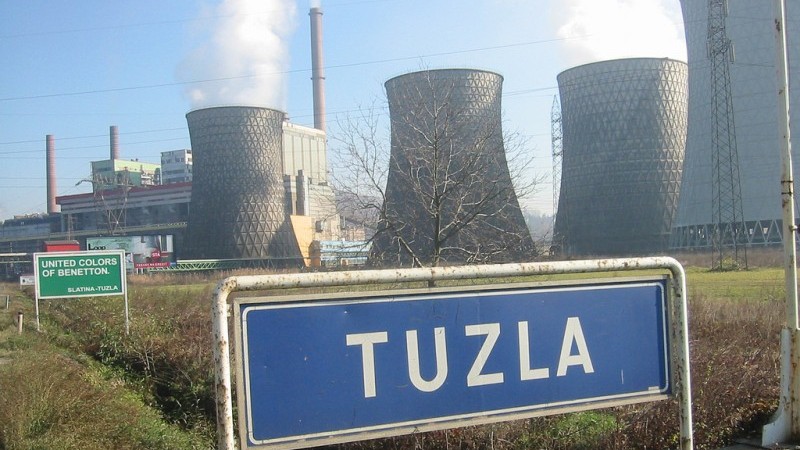 A new coal plant is planned for industrial Tuzla, in Bosnia and Herzegovina (Pic: Flickr/Steffen Emrich)

EU utilities lobby group Eurelectric last week released a statement that its members would not build new coal plants after 2020.

This pledge simply describes the status quo in most of the EU, as the bloc transforms its energy sector. Eurelectric’s Polish and Greek members refused to sign on, cementing the marginalisation of these coal-dependent countries.

Eurelectric’s affiliated members in the Western Balkans – Elektroprivreda Srbije (EPS) and Elektroprivreda Bosne i Hercegovine (EP BIH) – have stayed quiet. No wonder –  they are in the awkward position of planning new coal plants even as their peers in the European electricity industry publicly acknowledge that there is no place for coal in the future.

EPS plans several coal plants in the medium term and is concentrating on a lignite-fired 350MW unit B3 at the Kostolac power plant in Serbia. The project is supposed to be built by China’s CMEC and financed by the China Exim Bank but has been delayed for several years. The approval for its environmental assessment has already expired once and is currently being renewed.

Among other weaknesses, the project’s feasibility assessment does not include the costs of participating in the EU emissions trading scheme once Serbia joins the EU, and the plant is not designed to meet the new Best Available Techniques standards that are soon to be adopted at EU level, rendering it out-of-date before it is even built.

EP BIH is even more ambitious, trying to build a 450MW seventh unit at the Tuzla power plant in the eastern part of the country, as well as a less advanced 300MW eighth unit at Kakanj. Tuzla 7 is planned to be built by China’s Dongfang and financed by China Exim Bank, although the financing contract has not been signed yet.

The economics of both plants is shrouded in mystery, especially as another 350MW plant is planned by another state-owned firm just 30 kilometres from Tuzla at Banovići. Even the Director of EP BIH, Bajazit Jašarević, has admitted that both the Tuzla 7 and Banovići plants are currently unfeasible. EP BIH is going ahead nonetheless, in the hope that conditions on the electricity market will change in the future.

Eurelectric’s assessment is clearly that this is not going to happen. Its statement falls short of a commitment to closing existing plants, but overall, it signals a recognition that coal is not compatible with fighting climate change, and that it is not coming back.

The Western Balkan countries, under the Energy Community Treaty, are already having to gradually apply EU energy and environmental legislation, with the goal of creating a level playing field in a united electricity market. This means that they have to increasingly apply the same technological standards and that they are exposed to more and more competition from EU countries. Why, then, do Balkan utilities think they can succeed in making coal pay off, when EU companies have failed?

Pippa Gallop is a research coordinator at CEE Bankwatch Network