UK is in no position to lecture Saudis on oil dependence

PM Theresa May has offered to help wean Saudi Arabia off oil, but her government’s subsidies to North Sea producers are a poor model for the Middle East petrostate 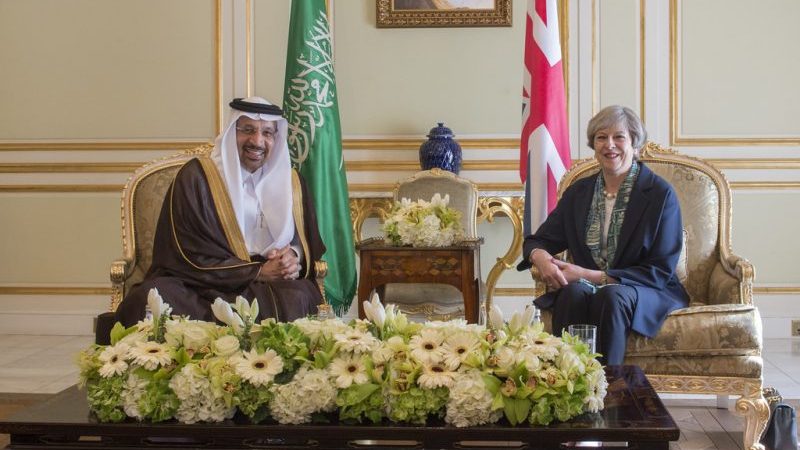 UK prime minister Theresa May visited Riyadh in early April with the intent of “deepening a true strategic partnership” and “helping to wean Saudi Arabia off oil dependency”.

That’s rich. In the North Sea oil fields, Britain is propping up a dying industry. Multi-billion tax breaks, supplemented in the 2017 budget, are given at the expense of diversifying the economy towards lower-carbon energy sources. In 2016, the UK’s oil and gas industry not only failed to bring in any tax revenue, but generated a net cost of £396 million to the government.

May could learn a thing or two from the Saudis about the strategy behind sunsetting the petroleum sector.

As long ago as the 1970s Sheikh Zaki Yamani, Saudi Arabia’s oil minister and one of the OPEC masterminds said: “The stone age did not end for lack of stones, and the oil age will end long before the world runs out of oil.” Saudi Arabia’s leadership well understands the fundamental shift in energy markets due the plummeting cost of renewables and other innovations.

The consequence is the “green paradox”, a phenomenon described by the German economist Hans-Werner Sinn. An anticipated transition away from fossil fuels provokes their producers to accelerate the extraction of oil, gas and coal. This is exactly what happened over 2015-2016 when Saudi Arabia, with its world’s lowest cost production, chose to flood the market with cheap oil in competition with Iran and US shale gas over market share.

In doing so, Saudi Arabia drained its tax revenues – and those of all other oil-producing nations from Iran to the UK. This led to an unprecedented budget deficit for the country, estimated at 12% of GDP in 2017.

Saudi Arabia took important steps and used the budget deficit as a context for phasing out fossil fuel consumer subsidies, estimated at $71.3 billion in 2014. For decades, Saudi Arabia’s consumer prices for energy were among the lowest in the world, distorting the level playing field for renewables and making them uncompetitive.

The new fiscal pressure created the sense of urgency for this much-needed change that would otherwise be stifled by the political economy. In 2015 Saudi Arabia raised retail gasoline prices by about 50% and is considering further price increases in 2017.

Saudi Arabian leaders more and more frequently speak about “leaving oil behind” and diversifying into the new economic activities including new energy technologies, particularly solar. In 2016 Saudi Arabia launched its Vision 2030 and the National Transformation Programme that deserves praise for a focus on renewables.

Prime Minister May’s programme of meetings with King Salman and other counterparts in Riyadh included a pitch for Britain’s strategic role in advising Saudi Arabia on implementation of the Vision 2030 and “tax and privatisation standards” for the initial public offering (IPO) of Saudi Aramco, the world’s largest petroleum company.

It is not difficult to imagine what kind of tax advice can come from the UK experts: more tax breaks. Indeed, at the end of March 2017 Saudi Arabia cut the corporate income tax rate from 85% to 50% – which is estimated to have boosted Aramco’s capitalisation by roughly $1 trillion.

Whereas UK tax cuts have come in the context of falling revenues to government from oil and gas, the Saudi cut will allow the government to raise much more money (at least in the near term) from the IPO.

Unfortunately, both types of subsidies to fossil fuel production unlock “zombie energy”, encouraging oil consumption worldwide and driving more emissions. A recent study by the International Institute for Sustainable Development and the Overseas Development Institute estimated that a complete removal of subsidies to fossil fuel production globally would reduce the world’s emissions by 37 Gt of CO2 over 2017-2050, equivalent to global aviation emissions over the same period.

It is high time the UK stops trying to export its “expertise” on subsidising oil and gas production around the globe and rethinks how to use public resources for the low carbon future. The question is not if the oil age will end, but when, and how disruptive this end can be.

A much more useful avenue for UK’s cooperation with Saudi Arabia and other petroleum-producing nations would be to agree on a plurilateral plan to manage the fossil fuel industry’s decline in a just, transparent and predictable way. The first step should be elimination of tax breaks for the petroleum industry and other fossil fuel subsidies.