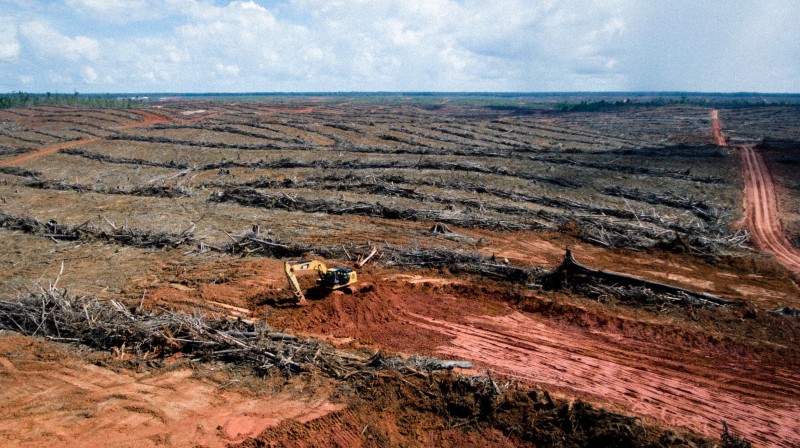 An EU parliament resolution calling for a ban on the use of palm oil in biofuels is a “discrimative act” motivated by EU farming interests, the Indonesian government has said.

Last week the EU parliament voted in favour of a ban on “vegetable oils that drive deforestation, including palm oil, as a component of biofuels, preferably by 2020”. The European Commission will now consider whether to implement such a trade barrier.

In a statement released on Saturday, Indonesia’s foreign ministry said: “This discriminative act is contrary to the European Union’s position as the champion of open, rules-based, free, and fair trade…

“Palm oil is part of the solution to reduce greenhouse gas emissions and provides a positive contribution to increasing global demand for biofuels to replace fossil fuels,” said the statement.

Palm oil plantations have been implicated in widespread forest clearance and forest fires, particularly in Indonesia.

The EU has committed to 10% of its transport fuels being renewable by 2020. That order has been linked to a surge in the use of palm oil for biodiesel, raising concerns of a secondary deforestation effect.

The Indonesian foreign ministry questioned the motivation for a ban, saying it would benefit growers in Europe, where most forests were removed centuries ago.

“The recommendation to phase out the use of palm oil within the resolution is protectionist in nature. It is odd that the resolution recommends the promotion of rapeseed and sunflower oils, which according to data, are actually inferior to palm oil,” the ministry said.

Before the EU vote, Climate Home reported seven producing countries, including Indonesia, wrote to the EU warning such a ban could spark a trade war.

Last week, an editorial in the Jakarta Post also said the campaign against palm oil amounted to protectionism in disguise.

“[The resolution] only validates our suspicion that the seemingly endless attacks on palm oil by green NGOs and consumer organisations since the late 1990s have partly been prompted by strong lobbying by the EU vegetable oil industry to weaken the competitiveness of Indonesian palm oil,” it read.