Bids have been invited for a renewable power auction in May, to wean the Amazonas region off reliance on fuel imports 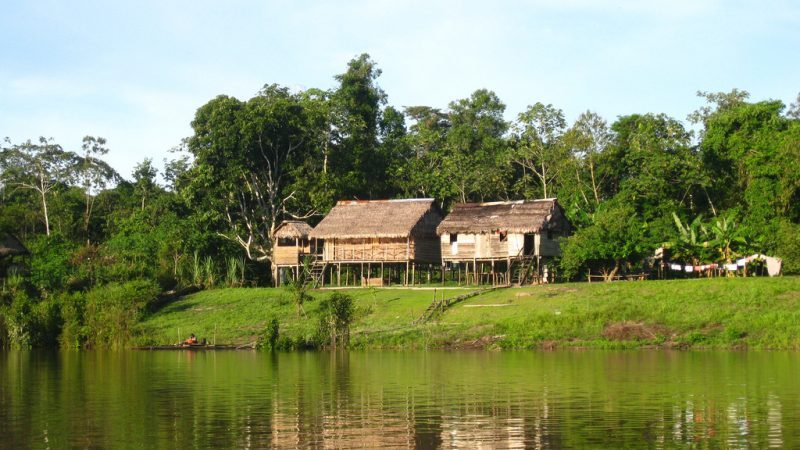 Amazonas has some of the dirtiest and most expensive electricity in the country (Pic: Flickr/Monica Posada)

In the small towns and villages of the Amazon there is a sound that is as familiar as the calls of the birds and monkeys in the forest: the non-stop throbbing of diesel-powered generators that provide the energy for lights, fridges, TVs and every other piece of electrical equipment.

Although the Amazon region is home to dozens of big hydroelectric dams, their energy is sent thousands of miles south to power the homes and factories in the big cities, or to feed electricity-intensive industries, many of them foreign-owned aluminium smelters.

Very little of it stays within the region which generates it. Instead the seven states that make up Brazil’s huge Amazon region rely on diesel-fuelled power plants, which together emit annually 6 million tons of CO2, double the emissions produced by vehicles in São Paulo, the country’s biggest city.

Now the government has finally begun to tackle the problem, spurred on by the need to meet its Paris Agreement targets.

The environment minister, José Sarney Filho, says: “We took on ambitious targets under the Paris Agreement, and to meet them we need to expand the use of renewable sources of energy.”

The first step is a programme to provide alternative energy sources for 55 towns with a combined population of about half a million people, replacing 255 diesel plants with ones using renewable energy.

Bids have been invited for an energy auction, to be held in May, and 54 have already been submitted. Solar, wind and any other renewable fuels are all eligible. Successful bids will receive subsidised loans from Brazil’s development bank, the BNDES, which has stopped funding coal- and oil-fuelled plants and switched to renewables.

Fernando Coelho Filho, Brazil’s energy minister, expressed confidence that  “little by little, we will bring cleaner energy to the region… we have begun an inversion of the curve of fossil fuel polluting systems”.

Not only does Amazonas have the dirtiest energy production in a country where most energy comes from hydroelectricity, it also has the most expensive. Its high electricity bills are partly subsidised by a tax on all Brazilian consumers.

One of the reasons is the high cost of diesel fuel, which has to be transported 4,000 miles round the Brazilian coast from refineries in Rio de Janeiro and then up the Amazon to the port at Manaus, the region’s capital. Five large tankers make the trip each month.

From Manaus, a fleet of 200 rafts and 500 lorries distribute the diesel throughout the region, putting the rivers at risk of pollution from leaks and accidents.

Both industrialists and environmentalists welcomed the news. For local industrialists, like Ronaldo Mota, director of the confederation of industry in the state of Amazonas, thermal plants are unreliable, with power levels oscillating throughout the day and sometimes failing altogether, a costly problem for factories.

For environmentalists like Paulo Moutinho, of IPAM, the Amazon Environmental Research Institute, “any energy based on burning fossil fuels is potentially damaging to the environment, not only locally with smoke and soot, but globally with GHG [greenhouse gas] emissions”.