Port of Amsterdam set to be coal-free by 2030

Major EU shipping hub is diversifying away from coal in line with a transition to lower carbon sources of energy, strategy paper reveals 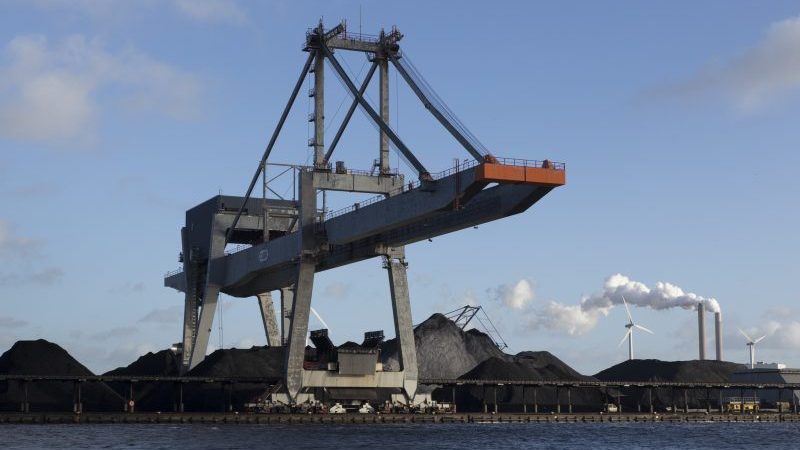 The coal terminal at Amsterdam port will be redundant within 13 years, administrators predict (Pic: Flickr/Marcel Oosterwijk)

The Port of Amsterdam aims to stop handling coal by 2030, under a sustainability strategy unveiled on Wednesday.

The Netherlands shipping hub is seeking to accelerate a low carbon transition by encouraging innovative start-ups and investing in clean energy.

Chief executive Koen Overtoom said in a statement: “In pursuing this strategy, we are deliberately and literally making room for the development of new activities and innovations. This is sensible from an economic point of view and more sustainable, as well as promoting employment.”

New industries at the port include a factory that converts water-softening granules into chemical products and a project to extract valuable materials from used disposable nappies.

The port exports waste heat to Amsterdam city, co-owns a wind farm and is building a 100,000 square metre solar array for completion by 2020.

Trade in oil products like petrol and kerosene is set to continue expanding in the short term, according to the five-year plan. It will remain a key activity “as long as no adequate alternatives are available in our society”.

Several European countries have stopped burning coal or announced phase-out plans over the next 15 years, touting it as one of the cheapest ways to slash greenhouse gas emissions. Others, notably Germany and Poland, foresee decades of coal power generation, fuelled by domestic mines.

The Netherlands itself is home to three of the newest coal plants in Western Europe, but these are losing value and threatened with early closure as climate policies bite.

Think-tank Climate Analytics says the EU must end coal burning by 2030 under the internationally agreed goal to hold global warming “well below 2C”.

The seaborne coal trade is pivoting to Asia, where the polluting fuel is still seen as the cheapest way to meet growing electricity demand. It remains uncertain how many of those power plants will be built, however. China, the biggest market, is cracking down on excess power capacity, while India’s network infrastructure is playing catch-up with a growth in generation. Air pollution and climate concerns are driving take-up of renewables.