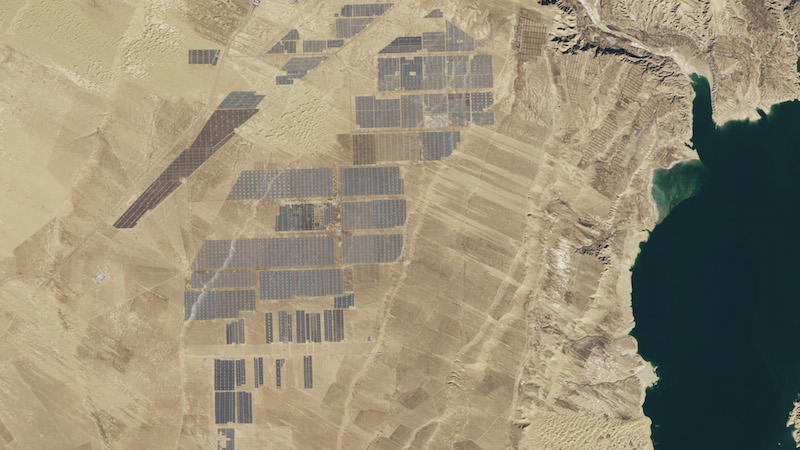 China’s coal consumption fell in 2016 – the third year in a row the world’s biggest polluter has cut back its use of the most carbon-intensive fossil fuel.

According to initial analysis of the Communist Party’s annual Statistical Communique on Economic and Social Development by chinadialogue, coal use fell 4.7%.

It is the largest year on year drop in a decline that has now been repeated since 2014. The Associated Press reported a similar figure.

Although Greenpeace cautioned that this was a measure of the physical weight of coal burned, when measured in energy units the drop was just 1.3%. This could be due to an improvement in coal quality or discrepancies in reporting.

Greenpeace said that carbon emissions from fossil fuels were forecast to drop by around 1% in 2017, the forth year China’s overall greenhouse contribution had been flat or fallen. 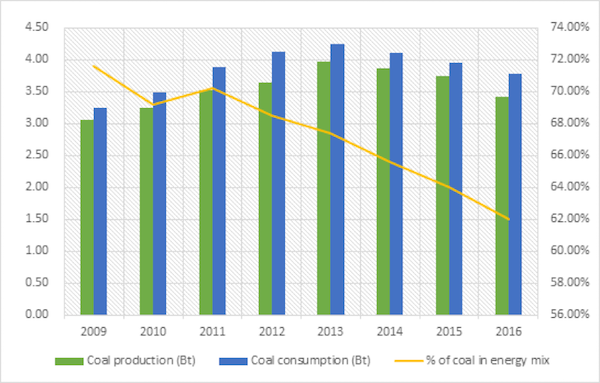 Experts said the coal was unlikely to return to its previous levels, raising hopes that a global peak in carbon emissions was possible.

Xu Zhaoyuan, head of research division at the industrial economy department of the Development Research Centre of China’s State Council, said investments in energy intensive industries such as cement and steel production had been falling while clean energy was undergoing a boom.

As a result of these factors and a new, slower economic growth model, Xu said: “I don’t think coal consumption is going to rebound in the next several years, but will rather plateau, meaning it will remain stable or decrease slowly.”

Li Shuo, Greenpeace global policy advisor noted the continued shift in China’s economy, which appears to be moving faster than many expected just a few years ago, was in stark contrast to expected revisionism across the Pacific.

“China is ploughing money into renewables and reining in its addiction to coal. As Trump’s rhetoric leaves the world in doubt over what his plan is to tackle climate change, China is being thrust into a leadership role,” he said. “These trends give some hope that the global peak in emissions might well be within reach, but only if all major emitters break free from fossil fuels and reduce emissions.”