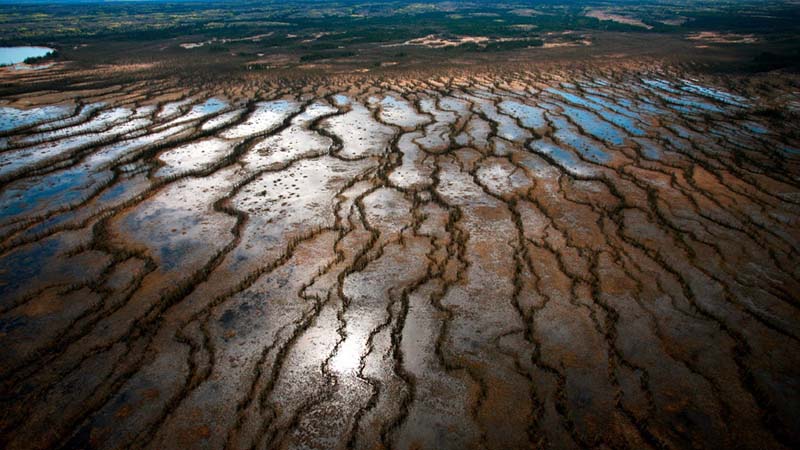 Tar sands are relatively energy-intensive and costly to exploit (Pic: Flickr/ The Cooperative)

Exxon Mobil should show how its business model will fare in a world that takes effective action against dangerous climate change.

That is the demand 38.2% of shareholders agreed with at the US oil giant’s AGM in 2016. It fell short of the majority needed to force the board’s hand.

This year, New York State and the Church of England are back with a bigger coalition. Investors worth US$4 trillion support their call for climate risk disclosure from the outset, compared to a $300bn club floating the 2016 resolution.

“As investors, we are concerned that, unlike many of its peers, Exxon has not taken the steps necessary to demonstrate its resilience in a lower carbon future,” said Thomas DiNapoli, comptroller of NY State’s retirement fund.

“We want to know what Exxon’s strategy is for continued profitability as governments around the world live up to their commitment to the Paris Agreement 2 degree scenario.”

A seminal analysis from UCL showed at least half of proven natural gas reserves and a third of oil are unburnable in a 2C world.

Oil companies all expect the climate accord to fail, based on the central scenarios in their annual energy outlooks. Some, like Shell and BP, have started to explore the possibility they might be wrong.

In response to investor pressure, Exxon appointed its first climate expert to the board this month: atmospheric scientist Susan Avery.

Edward Mason, head of responsible investment at the Church Commissioners, said there had been “positive” discussions with Exxon – but still no commitment to consider a 2C scenario. “We believe Exxon’s board can and should support our reasonable disclosure request,” he said.

The statement came as Exxon scrubbed 3.5 billion barrels of tar sands from its books, saying low oil prices made them uneconomic to extract.

Costly ventures like Arctic drilling or tar sands are most exposed to sudden downturns in demand that could follow from a rapid shift to clean energy.

The Carbon Tracker Initiative warned in a recent report oil majors are underestimating the disruptive potential of solar power and electric vehicles, which could see oil demand peak as soon as 2020.

As institutional investors ramp up pressure on the higher profile fossil fuel companies, a G20 taskforce is trying to establish a more systematic approach to climate risk.

The panel, set up by Financial Stability Board chair Mark Carney and led by Michael Bloomberg, has set out voluntary standards for companies to follow. A consultation on the findings closed last week.

Some campaigners argue that engaging with fossil fuel companies is futile and responsible investors should take their money elsewhere.

Betámia Coronel, US reinvestment coordinator at 350.org, said: “Instead of negotiating with rogue oil corporations, DiNapoli should be protecting New Yorkers. Exxon has proved time and time again it will never change its stripes.

“With Trump and his oil cronies putting profit before people and planet, New York has the potential to be a true beacon of safety and security, yet it continues to invest billions in the likes of Exxon. How many more Superstorm Sandy’s must New Yorkers endure before we finally take bold action?”