Asked by Bernie Sanders if he agreed with Donald Trump about climate change, Ryan Zinke said “I don’t believe it is a hoax” 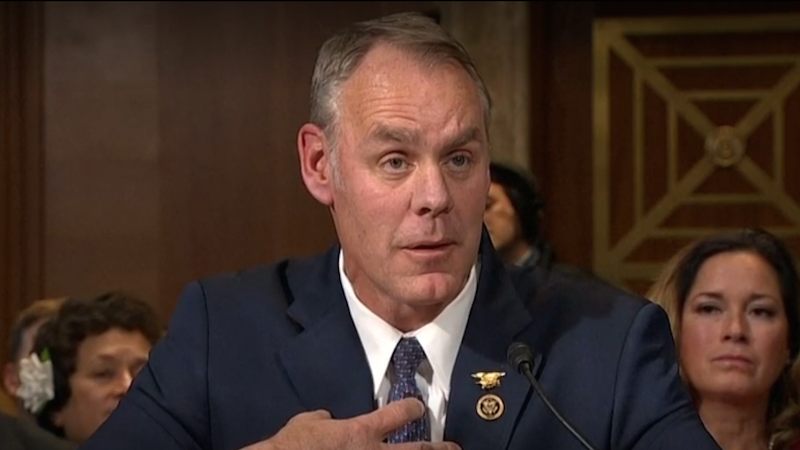 Under questioning from senator Bernie Sanders at his confirmation hearing yesterday, Donald Trump’s pick for the head of the department of interior Ryan Zinke said:

“Man has had an influence. I think that’s indisputable as well. So climate is changing, man has had an influence. I think where there’s debate on it is what that influence is, what can we do about it. And at the Department of Interior, if confirmed I will inherit if confirmed the USGS [US Geological Survey]. We have great scientists there. I’m not a climate scientist expert, but I can tell you I will become a lot more familiar with it and it will be based on objective science. I don’t believe it’s a hoax.”

Sanders was asking Zinke whether he agreed with a statement made over Twitter by Trump in 2014, when he called climate change a “hoax”.

NBC News just called it the great freeze – coldest weather in years. Is our country still spending money on the GLOBAL WARMING HOAX?