Donald Trump has accused Barack Obama of waging a “war on coal”, but the current president says it was “market forces” 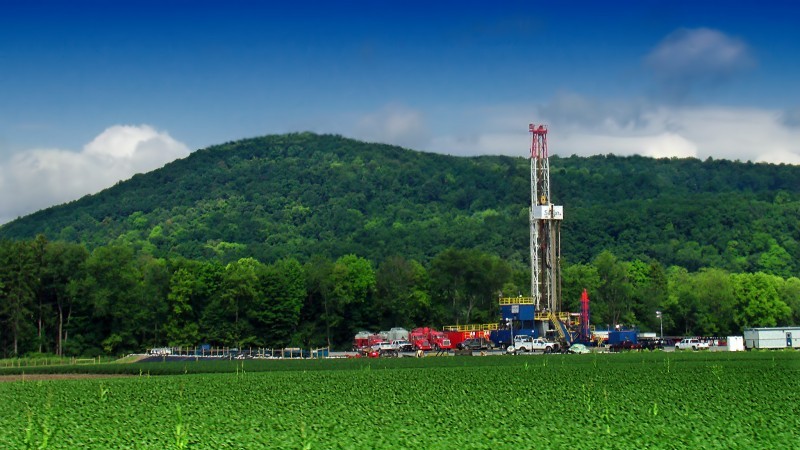 US president Barack Obama has laid the responsibility for the decline of the coal industry at the feet of its sister fuel, natural gas.

Writing in the journal Science, Obama argued that the decline of US coal production and the lay off of workers was the inevitable result of competition from cheap natural gas.

This increase, Obama said, was “due almost entirely to the shift from higher-emitting coal to lower-emitting natural gas, brought about primarily by the increased availability of low-cost gas due to new production techniques”.

Gas has risen from 21% of US electricity generation in 2008 to roughly a third today. In 2016, natural gas surpassed coal as the biggest source of electricity for the first time.

“Because the cost of new electricity generation using natural gas is projected to remain low relative to coal, it is unlikely that utilities will change course and choose to build coal-fired power plants, which would be more expensive than natural gas plants, regardless of any near-term changes in federal policy,” said Obama.

That rubs against the narrative of a “war on coal” that Trump and many Republicans have developed over Obama’s tenure.

#Coal production declines in 2016, with average coal prices below their 2015 level https://t.co/XJJHjNHUlE pic.twitter.com/pE1WFbBqOZ

The Energy Information Administration (EIA) announced on Monday that US coal production fell by 17% in 2015 and has fallen almost 60% since it peaked in 2008. Trump has long blamed “stupid… regulations that shut down hundreds of coal-fired power plants” for this fall.

At a rally in Charleston, West Virginia in May, the billionaire famously donned a mining hat, pretended to dig and said: “If I win, we’re going to bring those miners back”. He has since repeatedly promised to revive the industry by undoing Obama’s regulations. He has proposed Scott Pruitt, a hard-line pick for the head of the Environmental Protection Agency, to pick apart those laws.

Obama’s administration has introduced clean air laws that make it more expensive to operate coal power stations and his clean power plan – which is stalled in the courts – would add to that expense in the future. But the president argued that natural gas and falling renewable costs had made it futile to lift regulations.

“Putting near-term politics aside, the mounting economic and scientific evidence leave me confident that trends toward a clean-energy economy that have emerged during my presidency will continue and that the economic opportunity for our country to harness that trend will only grow.”

In 2015, analysts at the Carbon Tracker Initiative produced a report that found the industry was in “structural decline”. They said a combination of cheap gas and renewable energy and Obama’s laws had sent industry into an irretrievable slump.