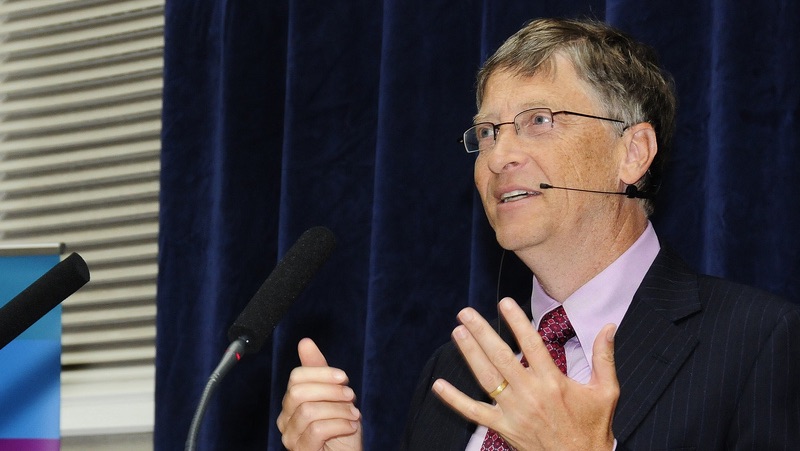 Bill Gates reckons funding for energy research and development could rise under a Donald Trump presidency, despite fears over the president-elect’s climate sceptic team.

The Microsoft co-founder was speaking at a media event to publicise a US$1 billion programme he’s leading to boost clean energy across the US, with the support of fellow billionaires.

“What’s going to happen under the new administration is not clear, but there is a chance R&D investment could go up as energy has such a strong case,” said Gates.

“It’s a great deal in terms of jobs, exports and energy security. All of this will lend voices to this issue and we will use whatever opportunity we get.”

Gates – who is reputed to be the richest man on the planet with an $80 billion fortune – spoke with Trump recently where he said he discussed the ”power of innovation” and clean energy.

Gates, Alibaba founder Jack Ma and Amazon CEO Jeff Bezos are among those keen to invest in technologies that can cut “at least half a giga-tonne” of greenhouse gas emissions.

No country or company is off limits: China and India are among countries they are looking at, while Gates also extended an offer of cooperation with oil majors.

The Breakthrough Energy Ventures fund is still hiring staff, but when it comes online will go hand in hand with the Mission Innovation initiative launched at the 2015 Paris climate summit.

Cool graphic from @InsideEnergyNow showing how US R+D funding for energy has fallen since 1970s pic.twitter.com/Rd4L74miSC

There 20 countries including the US, China, India, Germany, France and Brazil pledged to double energy R&D spending by 2020, alongside the pledge by Gates and 27 other billionaires.

According to US government figures, $5.9 billion of discretionary funds have already been allocated to clean energy R&D through 2017, and $1.3bn for “advanced transportation”.

Despite labelling climate change a hoax through the campaign and appointing a climate sceptic as environment chief, it’s not clear how a Trump administration would view these funds.

His incoming team wants to scrap support for UN climate projects and remove some clean energy subsidies, but has offered little detail on energy R&D.

A statement on the transition team website promises to “unleash an energy revolution”, which includes exploiting all US fossil fuel reserves.