Cutting US emissions will wipe out thousands of jobs, but create more than a million in greener manufacturing industries says study 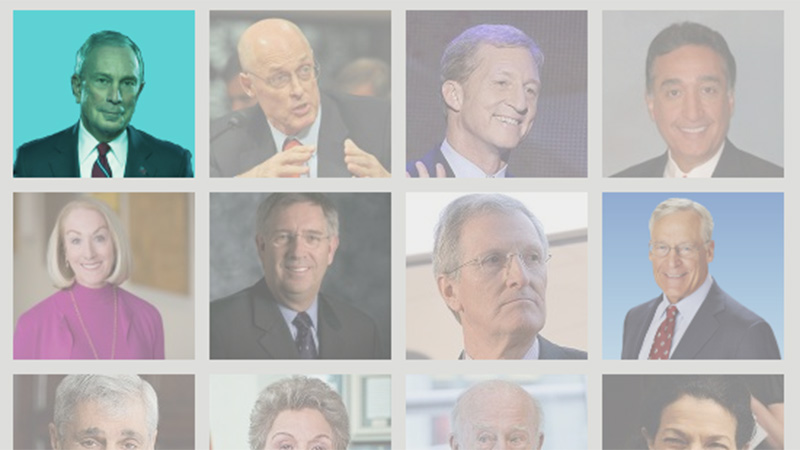 US president-elect Donald Trump says he’ll resurrect the coal industry when he gets the keys of the White House, but many business leaders disagree.

Fellow billionaires Mike Bloomberg and Tom Steyer are among those who want Trump to scrap his manifesto pledge and bet big on renewables.

A report backed by Bloomberg, Steyer and former Treasury secretary Hank Paulson says coal is a busted flush, pointing to a spate of coal company bankruptcies in 2015 and 2016 and crashing gas prices.

“Coal is dying because cheaper and cleaner forms of energy are replacing it,” said Bloomberg in a statement sent along with the 72-page report.

Instead of resuscitating a dying industry, Trump should invest in the US electricity grid, cleaner forms of energy and incentivise the use of low emission vehicles, the study says.

The figures are huge: US$220 billion will need to be invested in non-fossil fuel technologies every year through the next decade, rising to $410 billion per annum in the 2030s.

Only these levels of investment in newer technologies will guarantee the US meets a goal of 80% greenhouse gas cuts by mid-century, as outlined in the government’s 2050 climate plan.

And the business leaders predict this will set the US in the right direction towards boosting the manufacturing industry, creating just under half a million jobs in the construction industry by 2030.

For central US states this would mean a huge wind farm roll-out, with solar dominating in the west, biomass in the mid west and nuclear along the Atlantic.

460,000 additional construction jobs could be created by 2030, with the number rising to 800,000 by 2050. Fuel costs would also fall as more efficient buildings and transport systems came online.

The downside is fossil fuel industry jobs: an estimated 270,000 would go in coal, oil and gas, “primarily in Southern and Mountain states,” where voter support for Trump was high.

“Transition assistance and job training would be needed to ease these economic dislocations,” reads the study.

Despite Trump’s shock meeting with former US vice president and climate activist Al Gore in New York on Monday, signs are his team will ignore these warnings.

His official transition website says he will end the “war on coal”, assess all “anti-coal” regulations and scrap limits on new mines.

“America possesses more combined coal, oil, and natural gas resources than any other nation on Earth,” it says.

“These resources represent trillions of dollars in economic output and countless American jobs, particularly for the poorest Americans.”