The US, Canada and Mexico join Germany in publishing plans to radically reduce greenhouse gases by mid century 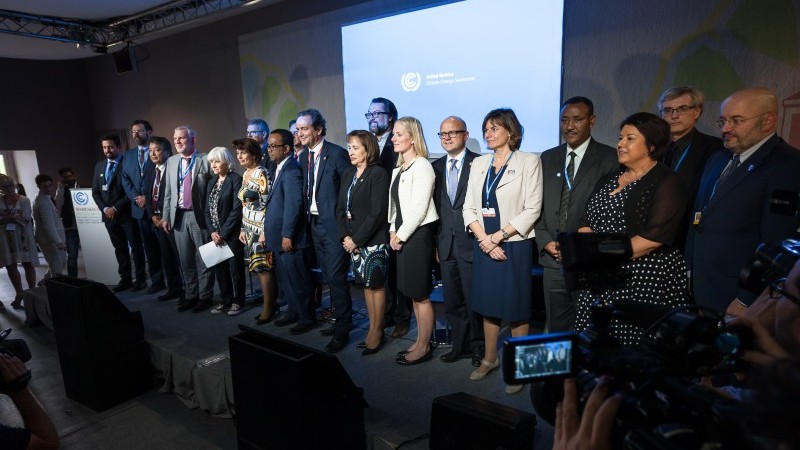 The US, Canada and Mexico joined Germany in releasing strategies for radically cutting their greenhouse gas emissions by mid century at UN talks in Marrakech this week.

The choreography of launching the 2050 plans, months in the making, was thrown off by last week’s shock US election result, which put climate sceptic Donald Trump in the White House.

But at a packed side event to the climate negotiations on Thursday, three panels worth of ministers and top officials lined up to show their enthusiasm for long term planning.

Peru, Ethiopia and Norway were among 22 countries backing the “2050 pathways platform” championed by French envoy Laurence Tubiana. Fifteen cities and nearly 200 businesses are also on board.

“The 2050 pathways have a critical role to play in the transition, because while having a good plan is never a sufficient condition for success, not having one is always a recipe for failure,” said Tubiana.

The US and Canada outline routes to an 80% reduction in emissions from 2005 levels by 2050. Germany’s plan is in line with the EU goal of an 80-95% cut from 1990 levels – not at the most ambitious end of that range, as campaigners had urged. Mexico, as an emerging economy, is aiming to halve emissions from 2000.

The US report runs to 111 pages, covering everything from the roll-out of electric vehicles to the uncertain prospects for sucking carbon out of the air.

“It’s not a new target but an analytics exercise to explore how the US might decarbonise major sectors of our economy through 2050 and beyond,” said lead negotiator Jonathan Pershing.

Germany’s version, agreed on Monday after extensive public consultation and wrangling between the economic and environment ministries, has a similar heft at 90 pages.

It is about sending signals to the market, explained Jochen Flasbarth, state secretary at the German environment ministry.

Taking car makers as an example, he said: “If you would go for a 30-40% greenhouse gas cut in the transport sector, you could go to biofuels and more efficient engines to meet the targets. But if you want to meet the Paris targets, it will not be enough. It is important to invest in the right technologies.” 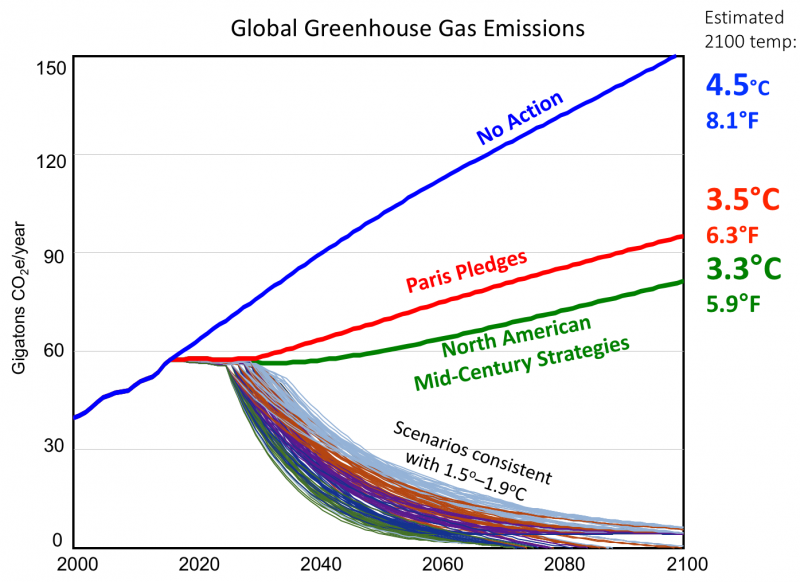 The overarching goal of the Paris Agreement is to hold global temperature rise “well below 2C” from pre-industrial levels and “pursue efforts” to stay within 1.5C.

Those on the front line of climate impacts like rising sea levels and drought demanded the tougher threshold, with support from developed countries including those putting forward 2050 plans in Marrakech.

Yet none of the emissions trajectories are in line with 1.5C, according to analysis from Climate Interactive, in a further blow to the hopes of vulnerable states.

And 2C is only achievable if other major emitters step up, the consultancy said. It estimates that India would need to peak emissions between 2025 and 2035, for example – a notion the developing country has been reluctant to engage with, prioritising energy access to lift people out of poverty.

“For any of these strategies to be in line with 1.5C or 2C requires all the other countries to act as well,” said co-author of the analysis Ellie Johnston.