A $50m fund will help developing countries monitor emissions, but calls to radically scale up cash for protection from extreme weather go unanswered 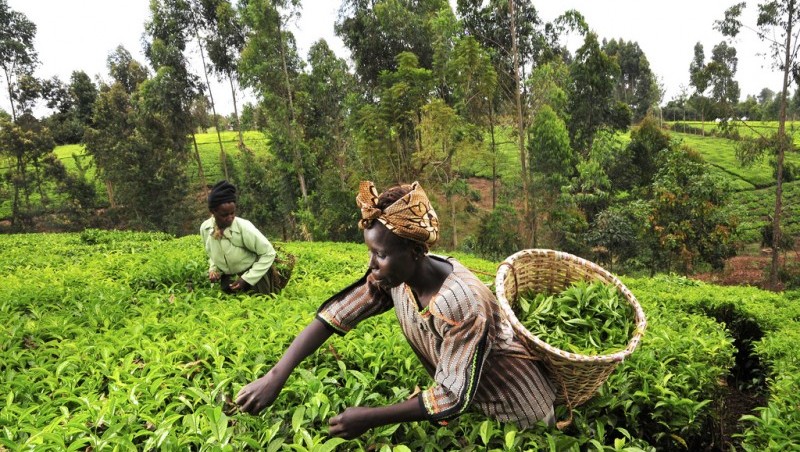 Kenya will use some of the funds to improve accounting of emissions from land use (Pic: CIAT/Neil Palmer)

Donors including the US, UK and Germany have stumped up a total of US$50 million to help developing countries better keep track of their greenhouse gas emissions.

The fund, to be managed by the Global Environment Facility, was launched at UN climate talks in Marrakech on Wednesday.

It is a small but targeted tranche of new cash, aimed at improving transparency and accuracy of national carbon accounts.

Naoko Ishii, chief executive of the GEF, said: “One key factor to the success of the Paris Agreement last year is its country-led approach. To make this approach work, it is absolutely crucial to build the confidence.”

Costa Rica, Kenya and South Africa are first to benefit from the initiative, which was a negotiated outcome of last year’s historic Paris climate summit.

More than 20 countries submitted proposals, Ishii said, showing a strong demand for the tools to monitor the effect of climate policies.

Ingrid-Gabriela Hoven, a top official in the German government, said it laid the foundations for action.

“Transparency is the cornerstone of the Paris Agreement. It is the precondition for effective implementation,” she said. “How can governments reorient their policies if they don’t know what is happening in their own countries?”

A priority for the EU and US, discussions on a transparency framework for all countries inched forward in the past fortnight. Negotiators agreed on a timetable and the inputs needed to make decisions, leaving the political questions to a later meeting.

Meanwhile, wider climate finance continues to be a contentious topic.

Rich countries have promised to mobilise US$100 billion by 2020 for low carbon development and protection from the impacts of global warming in poorer parts of the world.

A “roadmap” produced by the UK and Australia suggests that public funds alone will not meet the target, but leveraged private sector cash could fill the gap.

Critics say that approach favours carbon cutting projects, which can offer a financial return, over adaptations like dykes and drought-resistant seeds that are less commercially appealing.

With global temperatures set to rise 3C from pre-industrial levels under current climate policies, developing countries called for a quadrupling of adaptation finance. That was rebuffed by donor countries and left out of the latest draft decision seen by Climate Home.

Late on Wednesday, German Environment Minister Barbara Hendricks pledged €50m (US$53m) to the UN Adaptation Fund, although Jan Kowalzig, a finance expert with Oxfam, said the overall total from developed countries was still well below what is needed.

“According to OECD projections, by 2020 just a fifth of the promised $100-billion-a-year by 2020 will be public finance for adaptation. This is far below needs,” he said.

“There has been no substantive discussion on long term finance except a workshop held on 8 November and a ministerial dialogue held today,” said Anwar Hossain Manju, Bangladesh environment minister.

“We appreciate the unveiling of a new roadmap from developed countries… but based on our past experience we cannot be confident that the roadmap will generate the expected level of funds and delivered on time.”

“There’s a lack of clarity for adaptation finance,” said Tuvalu prime minister Enele Sosene Sopoaga in a press briefing. “We expect countries to honour their commitments. we need funding to help our people to adapt.”

Bangladeshi researcher and climate talks veteran Saleemul Huq defended the donors, highlighting blockages that prevent the money reaching its target. “To be fair to the developed countries, they have put money into the various funds, but it is not flowing,” he said.

The flagship Green Climate Fund (GCF) has allocated less than 10% of its $10bn start-up capital. More established mechanisms like the Least Developed Countries Fund and Adaptation Fund have shovel-ready projects but their cash flow is drying up.

Donald Trump’s victory in the US election, on a Republican platform pledging to axe donations to the GCF, is a further blow.

Huq welcomed the new capacity building initiative, which he said could “make a big difference”, but advised governments not to hold their breath for more adaptation finance.

“The focus for the vulnerable countries has to be: get your act together at home, because the rest of the world isn’t going to come to your rescue,” he said.