Climate finance in 2016: 4 reports you need to read

Funds for clean energy and climate resilience are flowing, but fuzzy reporting on what counts as green finance makes tracking support tricky 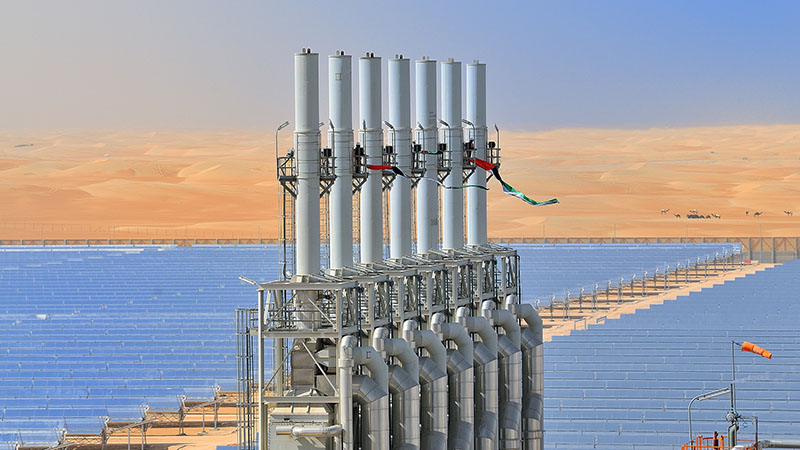 The Shams 1 solar power plant in Abu Dhabi - one of the largest parabolic trough power stations in the world (Pic: Masdar/Flickr)

On Monday I wrote about 12 reports you should read before the UN climate talks kick-off in Marrakech, Morocco next week.

Today I’ve got a shorter list: 4 studies on the state of climate finance. It promises to be a lively issue at the negotiations, with developing countries keen to press home their demands for support.

But it’s also complex. There’s still no agreed definition on what climate funding is, and much is mixed up with development and wider infrastructure finance flows.

Allocation of resources is a major concern: even if there are green billions swilling around, are they going to the countries, communities and sectors most in need? The studies below address these questions.

This assesses flows through 2013-14, and finds that while US$41 billion of climate funding was announced in that time period, only $11-21bn worth had a distinctly climate-related objective. The rest was development finance with a greenish tint.

The NGO warns that the least developed countries are missing out and is unimpressed by the volume of aid delivered as loans rather than grants.

“Oxfam believes that only the net financial assistance of flows that target climate action should count towards meeting UNFCCC climate finance obligations, because anything outside of this does not constitute a financial transfer to developing countries in support of climate action,” the report says. 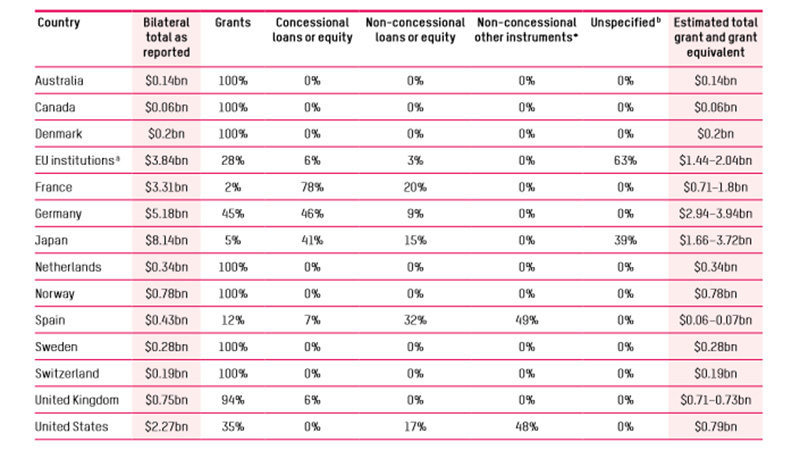 Published in October, this aims to show how developed countries can meet a 2009 pledge to deliver $100 billion a year in climate finance by 2020.

It’s based on a separate study by the OECD, a club of wealthy nations, which has long tracked finance flows in this sector. It’s fairly optimistic, suggesting that on current form $93-133 billion will be on offer by 2020 depending on how much private cash public monies can leverage.

A few caveats: the OECD counts loans and equity as finance, and also includes the amount of private finance raised as a result of investment from governments and development banks. Some accept that, but not all (see Oxfam above).

What doesn’t help – as this report identifies – is the myriad ways funding from richer countries is being reported to the UN. Ireland, Spain, Norway, Switzerland and the EU win credit for their transparency; Greece, New Zealand and the Netherlands make the “wall of shame”.

“Instead of donor countries making steady progress over time as they continue to wade through a new and unfolding bureaucratic process, this report finds that transparency is at best stagnating, and may actually be declining.” 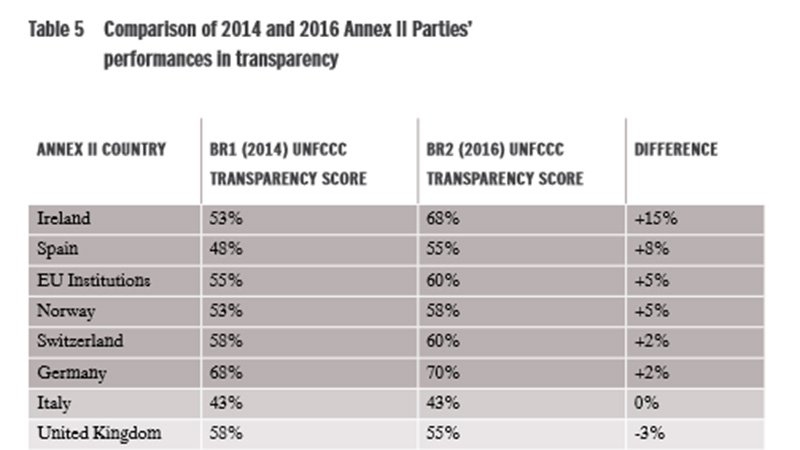 This is useful in that it offers a broader sense of how much money is being pumped towards low carbon projects: on average $367 billion every year. Of that $27 billion was for adaptation, $336 billion for mitigation.

“Total global climate finance was 9% higher in 2014 than in 2012 thanks to a steady increase in public finance and record levels of private investment in renewable energy,” says the study. Figures for 2015 could rise when their analysis is complete, given it saw higher levels of clean energy funding.