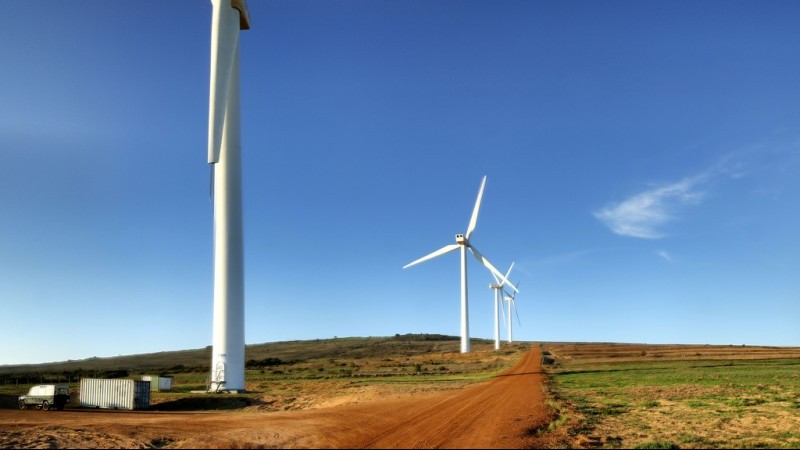 Wind and solar power is 40% cheaper than output from new coal plants in South Africa, according to the country’s leading research institute.

Renewable costs have fallen dramatically over a series of auctions in the past five years, challenging coal utilities’ dominance of the market.

The Council for Scientific and Industrial Research analysed government and industry data from recent procurement rounds. 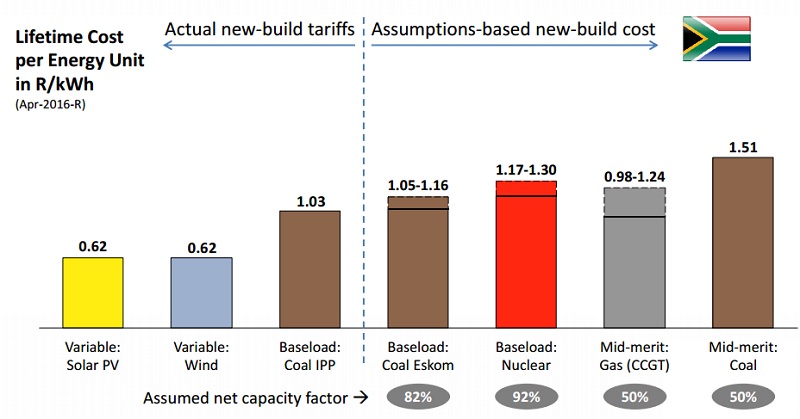 South Africa’s coal-heavy power mix puts it among the 20 highest emitting countries in the world, with energy demand only growing.

It relies on the polluting fuel for nearly 90% of electricity, has another 8.7GW under construction and 5.8GW in the pre-build pipeline, according to Coal Swarm.

In its contribution to the Paris climate deal, South Africa pledged to peak greenhouse gas emissions by 2025.

Harald Winkler, director of energy research at the University of Cape Town, told Climate Home the pre-construction coal projects were incompatible with that commitment.

The government’s preferred alternative is nuclear, with plans for a 9.6GW fleet by 2030, but critics say it is too expensive. A lack of transparency has fuelled suspicions – officially denied – that Russia has already won the contract.

While data on nuclear costs is scarce, Winkler said 94% of his department’s energy model runs showed atomic power would raise prices. “We think that is pretty compelling evidence that nuclear is not the least cost solution,” he said.

“You are building so much in one go and basically indebting the country. That doesn’t seem wise.”

A renewables-only scenario is possible, but depends on concentrated solar power getting cheaper, his analysis shows. CSP provides flexible power that can back up intermittent wind and solar PV generation.

The government is preparing a review of its electricity strategy, the Daily Maverick reports, but publication has been repeatedly delayed.