As the EU races to ratify the climate treaty before the next UN climate meeting in November, Poland pushes for concessions on coal

Belchatow, the largest coal plant in Europe, would shut down in 2027 under Climate Analytics' scenarios (Flickr/ Kamil Porembiński)

By Karl Mathiesen and Ed King

Poland has demanded the EU protect its plans to build new coal-fired power plants if it wants fast-track its ratification of the Paris climate agreement.

In a letter to the environment ministers of other member states sent on Monday, Poland’s Jan Szyszko said the country expected the EU to recognise its special economic need to build new coal plants and carry credits from the Kyoto Protocol in order to meet emissions reduction targets.

The Polish environment minister struck at a moment when the EU has placed its credibility on the line over the Paris Agreement. Miguel Arias Cañete, the European Commission’s (EC) top climate official said last week that the bloc would follow other major emitters and ratify the climate treaty in early October.

It is a game of chicken, with a symbolic deadline of October 7 fast approaching for the EU to have ratified the treaty before the start of the next major climate talks in November. EU environment ministers will meet in an extraordinary session in Brussels on September 30 to make a decision on ratification. 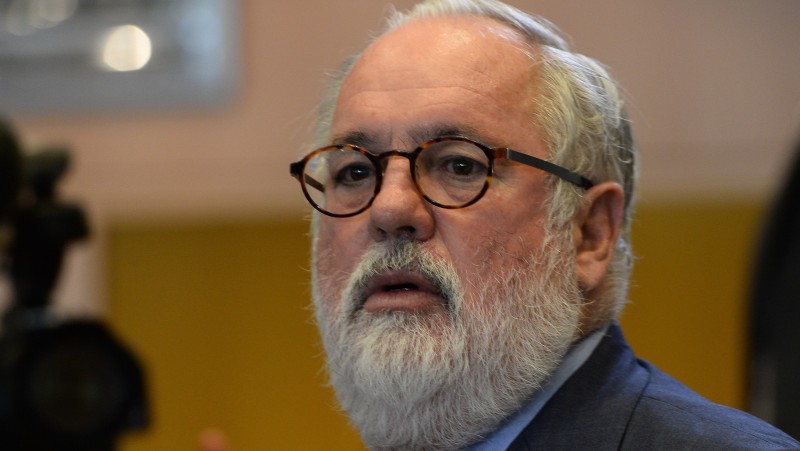 Szyszko made clear that Poland’s support was conditional “on terms that take into account the specificity of the Polish economy”.

“Poland is a country rich in energy sources and its energy security, based on its own resources, that is hard coal and lignite is the foundation of Poland’s economy and sustainable development. Moreover, Poland faces the need to develop new energy plants, as it has to satisfy the growing demand for electrical power and replace ageing and inefficient power plants,” wrote the minister.

“Poland shall consent to ratify the Paris agreement by the EU, provided that our reduction achievements made so far under the Kyoto Protocol and the specificity of our national energy mix are considered.”

Using credits accumulated under the Kyoto protocol is an accounting trick rejected by many countries. Australia openly uses them to achieve the perception it is reducing emissions. But Germany, Denmark, the Netherlands, Sweden and Britain have cancelled theirs, judging the Kyoto regime to have been too generous. Poland’s Kyoto overshoot occurred because the country’s industrial sector collapsed after the fall of communism.

Other concessions the Polish minister demanded was the ability to count carbon being locked away in its forests and wooden buildings, plus avoided emissions because of its use trees and other biomass for energy.

Under the agreement, the EU has committed to cut its emissions by 40% below 1990 levels before 2030. The EU’s draft laws recognise that members should have different responsibilities and “fairness and solidarity” as well as GDP should be considered in setting national targets.

Speaking about the special case of Poland to Climate Home on the sidelines of the UN Climate Week in New York last week, Canete said decisions about a country’s energy mix were the sovereign choice of each nation. But he added that all “will have to go for renewables and go for efficiency… We have the most ambitious target… I have travelled to the 28 countries. All have pointed the challenge that the 40% will mean on the ground.”

Note: The original article said the EU needed unanimity to ratify the agreement. This was incorrect.