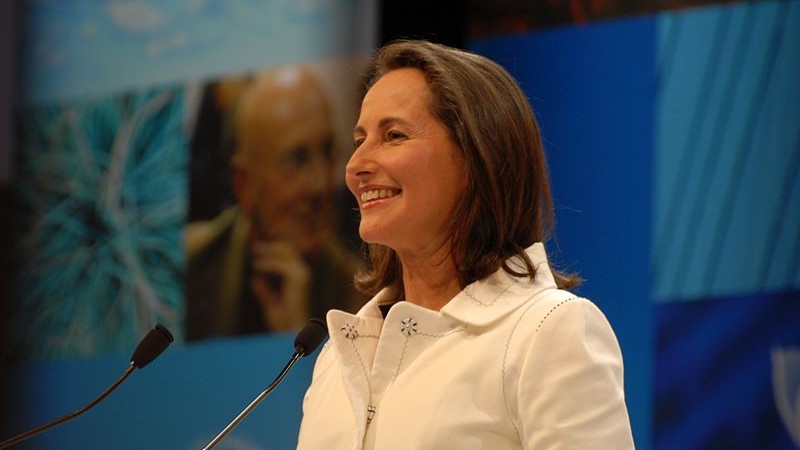 The environment minister and current president of UN climate talks tweeted that ask at the Our Ocean conference in New York.

It was not answered by US president Barack Obama or secretary of state John Kerry. Both spoke of the threat to the oceans from climate change without mentioning the maritime sector’s role in tackling it.

That reflects dynamics at IMO talks, where France and 10 other countries are up against resistance from major emerging economies – and the US is not taking sides.

The progressive alliance, which includes Germany, Morocco and the Marshall Islands, says shipping must do its “fair share” of climate efforts. While international transport was not explicitly covered by the Paris climate agreement, they argue all sectors will be needed to meet its goal of holding global warming below 2C.

China, Brazil and India are concerned that will lead to higher costs on seaborne trade, inhibiting economic growth.

Frustrated by slow progress in the IMO, EU lawmakers are lobbying to include shipping in the bloc’s emissions trading system next decade. A broad coalition from greens to the centre-right supports making ship operators pay for permits to cover their climate pollution in EU waters.

“For several years, the IMO has discussed how to get progress, but we also need to see action for climate policy… If you look at the history, we can see… when the EU has made progress, it has had a positive influence on the IMO discussion.”

It is not a popular stance with ship owners, who prefer all regulation to be applied at international level.

Simon Bennett, policy director at the International Chamber of Shipping said at a London conference last week: “Because of the dangerous market distortion, this [ETS proposal] is something to which the ICS is completely opposed.”

There is also a tussle between the EU and IMO over fuel use data reporting for individual ships, seen as important to developing efficiency policies. The IMO is expected to sign off data collection rules next month, putting Brussels under pressure to cancel its own, more stringent monitoring plans.

Governance of the high seas is complicated by the existence of “flags of convenience”, allowing ships to register with countries that impose minimal regulations. Panama, Liberia and the Marshall Islands have the world’s biggest shipping registries, accounting for more than 40% of global tonnage.

Mark Rosen, shipping law expert at Virginia-based think tank CNA, expressing his personal opinions, said it was “politically naive” to expect all maritime rule-making to happen through the IMO.

On a whole range of issues, from illegal fishing to slavery, he argues port states can enforce rules where flag states are unable or unwilling to.

Rosen said the US was trying to play a “bridging role” in climate discussions at the IMO and did not have the domestic backing to go further.

“Obama is good at polemics, but when he actually tries to go and get legislation passed to be able to implement his rhetoric, he hasn’t gotten anywhere,” said Rosen.

“If they [negotiators] aligned themselves with very aggressive ‘here, let’s have a carbon tax’ [position], when it got back to the US there would have been a firestorm.”