As pressure mounts on shipping to pull its weight in global climate efforts, the sector is anticipating a carbon price on bunker fuels 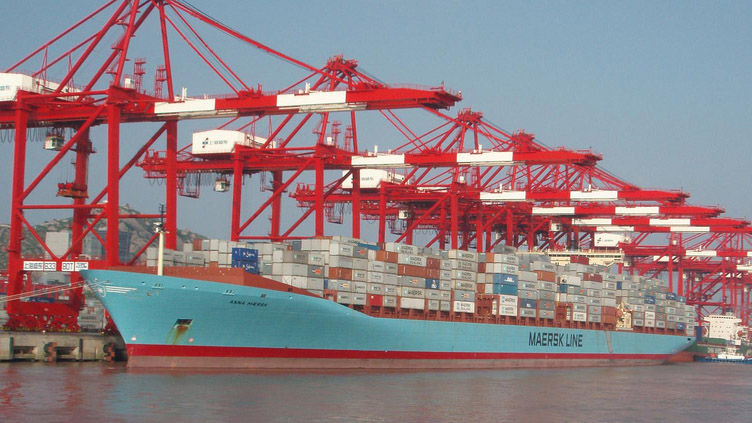 The UN’s International Maritime Organization has no immediate plans to put a carbon price on the bunker fuel used by ships.

All the same, the shipping industry is anticipating such a move and trying to steer the discussion towards a tax instead of an emissions trading system.

Ian Parry of the International Monetary Fund got a prime slot to talk about the virtues of a carbon levy at a conference in London on Wednesday.

“From a fiscal perspective, you may argue that aviation and maritime sectors are undertaxed,” he said.

A surcharge of US$25 a tonne of CO2 would raise some $25 billion a year from shipping, according to Parry’s analysis, which could be used as climate finance for developing countries.

He expected the effect on greenhouse gas emissions to be initially “modest”, however – less than 5% reduction – on the basis that fuel demand is not very responsive to price signals.

The International Chamber of Shipping, which organised the conference, is calling on the IMO to define the sector’s contribution to global efforts – before the matter is taken out of its hands.

“There is a focus on the efficiency of ships at the moment and what we are trying to do is to predict what the future will bring,” Peter Hinchliffe, secretary general of the trade body, told Climate Home.

“If there is a requirement by governments to deliver more than simple efficiency can, the only option is some kind of market based mechanism. We believe very firmly that a levy is the only solution suitable to the characteristics of international shipping.”

Any such initiative should wait until the IMO has collected and analysed ship-level data on fuel use, Hinchliffe said – a process he expects to take five or six years.

The IMO previously considered a market based mechanism around the time of the 2009 Copenhagen climate summit, but could not reach consensus.

It “has never been off the table,” said the body’s environmental committee chair Arsenio Dominguez. “We suspended the discussion for several reasons… it doesn’t mean we won’t come back.”

To the consternation of many in the business, the EU may not be prepared to wait that long. A cross-party group in the European Parliament is pushing for shipping to be covered by the EU carbon market next decade.

“If Europe is to honor its commitments through the Paris agreement, all sectors will have to contribute to the transition to a low-carbon society,” said Swedish MEP Jytte Guteland, as reported in the Maritime Executive. “Time is of the essence and the shipping industry has an important role to play in this transition.”

The European Commission is also preparing to bring in more stringent fuel data reporting requirements for ships from next year. It has promised to review the scheme when the IMO finalises its proposals.

The ICS opposes both moves, saying they will distort the market.

John Maggs, head of the Clean Shipping Coalition, defended the right of regions and countries to take unilateral action.

A robust global regulatory regime is the “ideal situation,” he said, adding: “When it is not clear that that is going to follow through, I think it is perfectly reasonable for regions to take additional measures.”