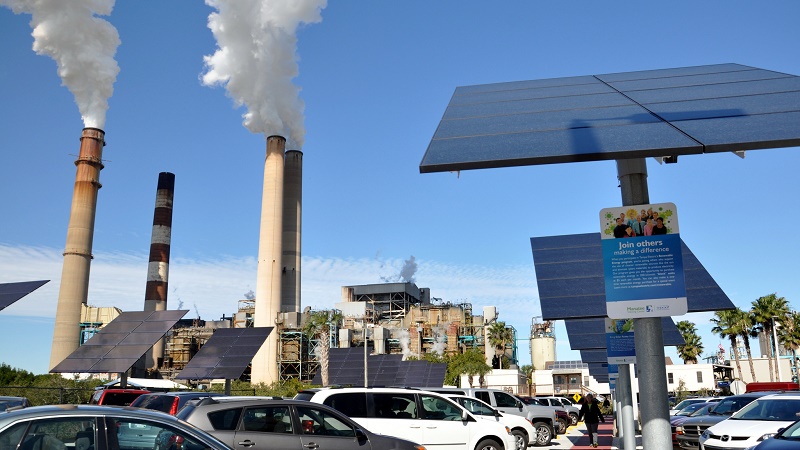 That is the conclusion of analysis by think-tank the Carbon Tracker Initiative, based on the declining usage rates of thermal power stations.

It makes each unit of power generated look more expensive, as the capital cost has to be recovered over a shorter time.

The Paris Agreement to hold global warming “well below 2C” further erodes the economic case for generating power from fossil fuels, the analysts say. They forecast the “load factor” of coal and gas plants will fall to 42% and 31% respectively by 2020, in line with decarbonisation efforts.

Meanwhile, renewables are expected to get cheaper, as technology and access to finance improves.

“Policy-makers and investors really need to question outdated assumptions on technology costs that do not factor in the direction of travel post-Paris,” said Carbon Tracker’s head of research James Leaton. “Planning for business-as-usual load factors and lifetimes for new coal and gas plants is a recipe for stranded assets.”

The calculation is based on global average data. Factors like wind speeds, sunshine hours and fuel supply chains can affect the picture on a local scale.

Large volumes of intermittent wind and solar generation pose challenges for electricity network operators, while thermal plants are valued for their flexibility.

All the same, there are signs emerging economies are stepping back from the most polluting energy sources. China and India have started to clamp down on excess coal plant projects, slimming the pipeline.

Study co-author Matt Gray said: “Markets are having to deal with integrating variable renewables on a growing scale. Rather than continue debating whether this energy transition is already occurring, it is time to focus on developing the opportunities in energy storage and demand management that can smooth the process.”

The chart in this article was changed on 27/09/16 at Carbon Tracker’s request to correct an error in the operational cost data. That update does not alter the report’s conclusion