The first cookstove project in India approved for carbon credits by the Clean Development Mechanism failed to deliver, study shows 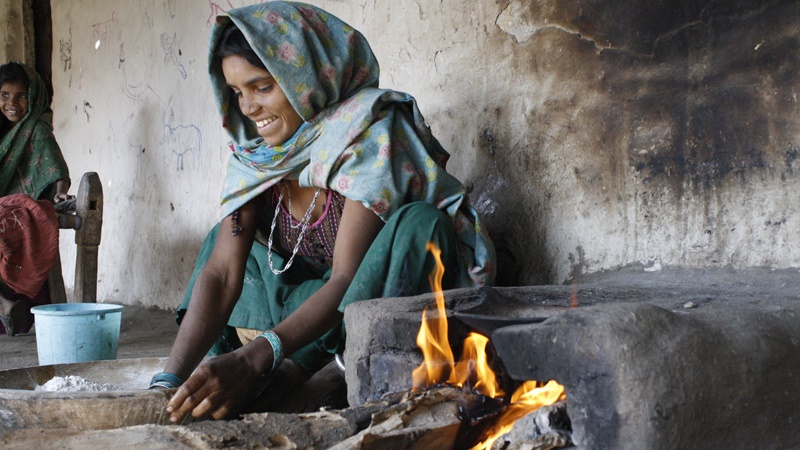 The smoke damages their health and that of their families. The wood in some areas is harvested faster than it can regrow. Switching to cleaner stoves ticks a lot of sustainable development boxes: green, clean, female-focused.

Many projects are financed by carbon credits. Reducing climate impacts is only one of the prospective benefits, but an established international carbon market offers donors assurance their money will get results.

Google “cookstoves + carbon” and you will get a raft of offsetting companies advertising their green credentials. But are these initiatives actually working?

A field study, recently published in the journal Environmental Science & Technology, looked at the first project in India approved for carbon offsets through the UN-backed Clean Development Mechanism. Its findings were not encouraging.

Researchers monitored air pollution and fuelwood use of 187 families in rural Karnataka, southern India. Half had been randomly assigned more efficient “Chulika” cookstoves.

It was the pilot for a rollout of Chulikas to 21,500 families by Bangalore-based NGO Samuha, which it projected would prevent 43,000 tonnes of CO2 emissions.

Lab tests suggested these new designs, developed in consultation with the community, would need 67% less fuel than traditional stoves. That is the basis for awarding carbon credits.

Other developers are pursuing similar projects. The Netherlands-based FairClimateFund has invested in Chulika stoves for 17,000 households in Karnataka through the Janara Samuha Mutual Benefit Trust.

It expects to recoup the cost within five years through verified carbon credits, according to an entry in the Alliance’s carbon credit catalogue.

The catalogue also claims the stoves will cut respiratory disease and premature death, although there is no attempt to quantify this benefit.

It quotes villager Munirabeghum: “We can save a lot of trees by using the Chulika… And there is less smoke and our eyes do not burn. It is easy to cook on Chulika.”

Unfortunately, that was not borne out by the pilot results.

The study found no statistically significant difference in wood use between families who used the new stoves and the control group.

Some 40% of those who got a Chulika continued to use their traditional stove too, which they preferred for making food like rotis. It’s a common enough phenomenon to have a name: “stove stacking”. 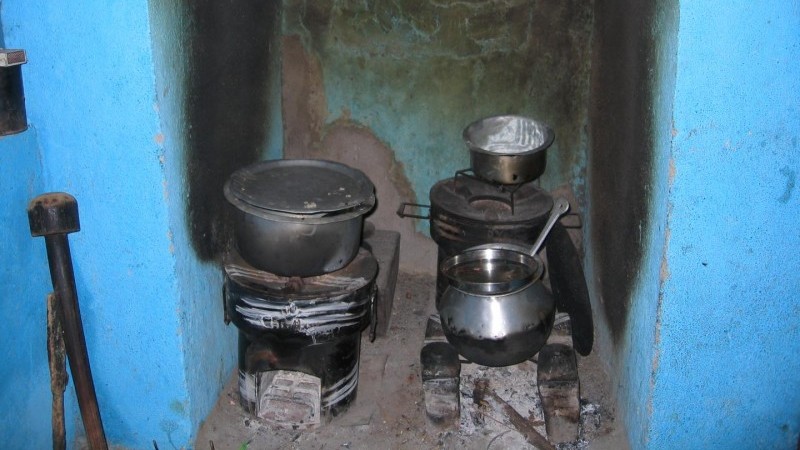 “Stove stacking”, or continuing to use old stoves alongside new efficient designs, wipes out some of the benefits of interventions (Pic: Ther Wint Aung, University of British Columbia)

“A stove may perform well in the lab, but a critical question is what happens in the real world?” said lead author Ther Wint Aung, a doctoral student at University of British Columbia.

“Women who are busy tending crops and cooking meals and caring for children are using stoves in a number of ways in the field that don’t match conditions in the lab.”

Indoor air pollution actually increased across the board, attributed to seasonal weather patterns and food rituals. The rise was smaller in households that switched to a Chulika, with 51 micrograms of fine particulates per cubic metre compared to 139 for traditional stoves.

Still, “it feels pretty far from a complete solution”, said co-author Julian Marshall, professor of civil and environmental engineering at the University of Washington.

“We studied one stove in one village in India, so I can’t say this applies to all projects,” Marshall told Climate Home. “But many projects are not investigating in-the-field impacts.”

Neera van der Geest, chief executive of the FairClimateFund, emphasised the findings came from the pilot and did not refer to the wider rollout.

“Extensive capacity building and training of households is needed to support proper implementation of cookstoves at household level,” she told Climate Home.

Cookstoves were never going to make a big dent in global greenhouse gas emissions. GACC identifies 57 projects that have distributed 6.8 million stoves to date and are expected to offset 10.9 million tonnes of CO2 equivalent in 2015 and 2016. That is roughly equivalent to a year’s worth of emissions from a 2GW coal power plant.

While the carbon impact may be small, the political capital invested in this programme is substantial.

“Clean stoves could be as transformative as bed nets or vaccines,” Clinton claimed when she launched the GCCA in 2010.

The Clean Development Mechanism has become a conduit for a wide range of development goals. A spokesperson for the CDM told Climate Home the secretariat would bring the study to the attention of the board. 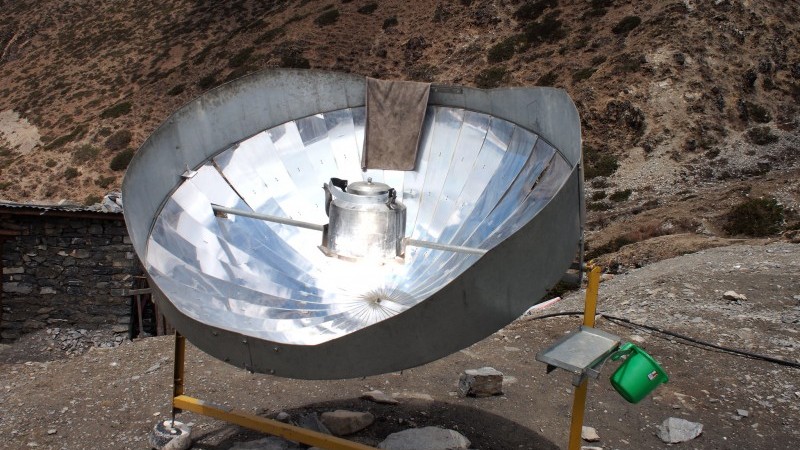 The Chulika is on a spectrum of cookstoves that covers all kinds of fuels and technologies.

It was chosen to reflect the community’s circumstances. Households could use the same freely available wood they were used to and were asked to pay only 200 rupees towards the 1,400 rupee (US$21) cost of the stove.

Some other types of cooker bring bigger climate benefits, but there are trade-offs with cost and function.

On the cleanest end are solar cookers, which concentrate the (free) sun’s rays onto a cooking pot. They have an obvious limitation: you can’t use them before dawn or after dusk.

Natural gas and liquefied petroleum gas are better than bioenergy for health purposes, but are relatively expensive and as fossil fuels don’t qualify as climate-friendly.

There are various ways of processing crop residues or animal dung into biomass pellets or biogas. These perform better than the raw material, but cost more – and supply chains take time to establish.

Testing and standards have got tighter since the Chulika was approved by the CDM in 2011, Alliance chief executive Radha Muthiah told Climate Home.

“Looking back at this type of rocket stove, we would conclude from the get-go that it would not deliver those emissions reductions.”

The Alliance is working with the CDM and organisations like Gold Standard to update the criteria. While Muthiah said it was not feasible to field-test every intervention, they are also trying to understand how human behaviour affects the outcomes.

It could take 10-15 years to get truly clean fuels to marginalised communities, she added, leaving a role for incrementally better wood stoves.

“The challenge here is one of adoption and availability to different target households around the world. If somebody only has access to wood, am I going to suggest they switch over to a clean burning fuel like ethanol? That is just not practical.”