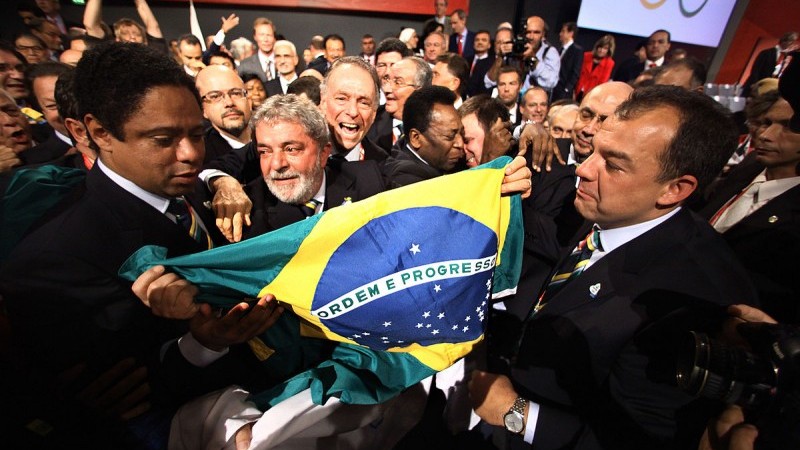 Celebrations when Rio won the right to host the 2016 Olympics (Pic: Ricardo Stuckert [Presidency of the Republic] - Agência Brasil)

The Rio Olympics are just around the corner. Athletes are warming up for the greatest show on earth.

They don’t want the earth to get too warm, though. That is the message of the campaign “1.5C: The record we must not break“.

It is based on the tough global warming limit 195 governments agreed to aim for at last year’s Paris summit.

Sports stars are urged to show their support for a rapid scale-up of clean energy and sustainable lifestyles.

Competitors from the Marshall Islands, Afghanistan and South Sudan – countries on the front line of climate impacts – are leading the charge.

Its contents are closely guarded, but there are rumours “promoting peace with the planet” will be a central theme.

Not all is peace and harmony, though. Indigenous groups plan to shine the Olympics spotlight on deadly conflicts over land and resources.

Brazil is the most dangerous country in the world to be an environmental defender, with 50 murders recorded last year.

The arrival of global sporting heroes has also exposed dire water pollution at some of the competition sites.

Swimmers are advised to keep their mouths closed in Guanabara Bay, which is contaminated with human faeces, rubbish and the occasional corpse.

Still, if previous tournaments are anything to go on, that will all be forgotten when Usain Bolt gets out of the starting blocks.