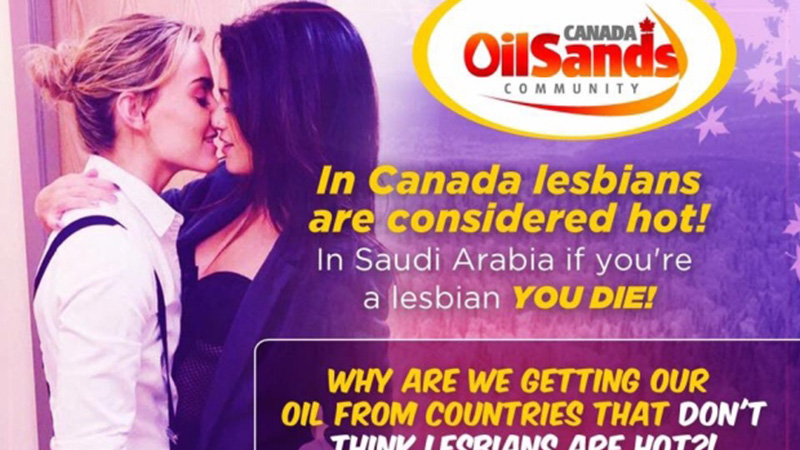 It’s a pitch that even Don Draper would have blanched at: buy your oil at home if you think lesbians are “hot”.

The author of the Facebook post was Robbie Picard, an activist with a Canadian group that lobbies in support of the country’s vast tar sands industry.

“My question to the rest of Canada, particularly Ontario and Quebec: Why are we getting our oil from Saudi Arabia, Nigeria, places that if you’re gay, they will chop off your head?” Piccard told CBC News.

Piccard, who is gay, was initially unrepentant when asked about the post, which many said was sexist, although he later removed it.

“If this draws attention that we are getting fuel from countries that butcher gays and lesbians — I mean, butcher them, hang them, publicly beat them —  then I’m OK to take a few shots if that means it draws attention to the bigger issue,” he added.

Canada’s oil sands are a touchy subject. Extraction is energy intensive and wrecks the local environment, but in Alberta alone royalties hit C$5.2 billion in 2014.

Despite prime minister Justin Trudeau’s climate hawkish rhetoric, even he has been reluctant to suggest production will have to fall for Canada to meet its long term climate goals.