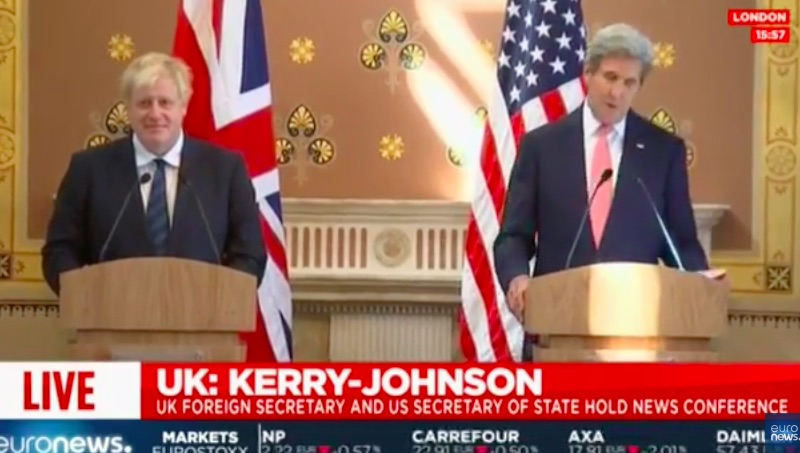 It’s easy to be a climate sceptic when you have a £250,000 a year column to write, less so when you are foreign secretary of the United Kingdom.

Addressing media in London Kerry left reporters in little doubt he still regards the US-UK relationship as critical, and sees the new government as an important partner.

“We have consistently been able to work together to do things to help safety of people and planet… particularly pronounced on the Iran nuclear agreement and Paris climate agreement,” he said.

In meetings w/ @theresa_may & @BorisJohnson in #London, we reaffirmed that the #specialrelationship is unbreakable. pic.twitter.com/kUvNVdEFUL

Kerry, who also met new prime minister Theresa May, said he was “gratified by the reassurances” both had offered him over the UK’s global role.

“I am convinced this UK government intends to lead strong NATO, UNSC, G7, G20, as part of the coalition to counter Daesh… as well as for stability and prosperity,” he said.

Kerry next heads to Vienna where talks on phasing out potent warming gases used in fridges and air conditioning units are nearing their endgame. Scientists say cutting HFC use could limit temperature rises by as much as 0.5C.