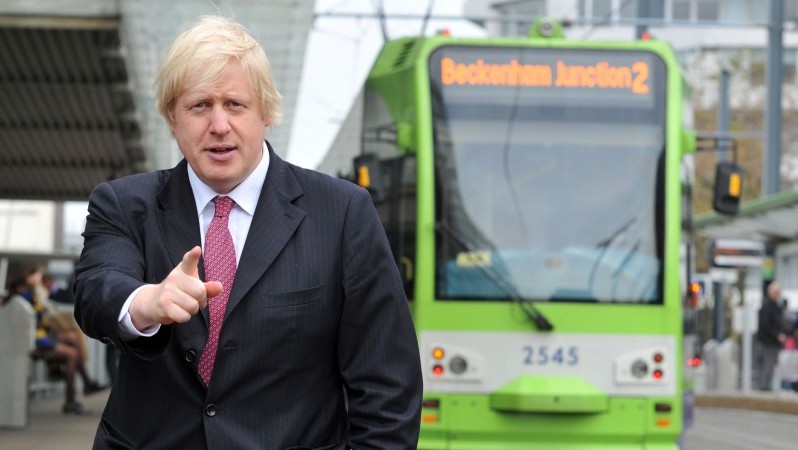 As UK prime minister David Cameron heads to Brussels for Brexit talks with his European counterparts, in London the race is on for his successor.

Former London mayor and natural blond Boris Johnson is a frontrunner for the Conservative leadership, with home secretary Teresa May his closest rival.

The prospect of PM Johnson alarms many climate advocates, who recall the ambivalence about global warming he has expressed in his column with the Telegraph.

Lord Greg Barker of Battle, a former Conservative climate minister who advised Johnson on his sustainability strategy for London, leapt to his defence on Monday.

“He is not a denier,” Barker said at the London launch of Environmental Defense Fund’s Europe office.

“If you look at his pedigree, his dad, his brother… the opposition, if he starts to unstitch environmental legislation, won’t come in Parliament, he will be kebabbed with a steak knife over the dining room table.”

One of Johnson’s brothers is science minister (Jo), another a sustainability expert at PwC (Leo).

His father Stanley has publicly voiced fears a vote to leave the EU would erode environmental standards, while his sister Rachel, a journalist and Remain supporter, wrote of her sorrow at the referendum result.

Some of Johnson’s wackier views can be traced back to Piers Corbyn – brother of beleaguered Labour leader Jeremy Corbyn – who predicts the weather by the unconventional method of monitoring solar activity.

Michael Gove – mooted as Johnson’s running partner for the leadership – was a committed environmentalist, said Barker in an interview with Climate Home on Tuesday at the Business and Climate Summit in London.

Theresa May – another potential contender – was “sensible” and likely to support government carbon cutting targets, he added.

“It’s vitally important that world cities unite and work together to mitigate climate change. London’s thriving green economy is worth over £30 billion and we are a leading centre of innovation; with the entrepreneurs, technical ability, academia and engineering to drive the transition to a low carbon economy.”

“It is fantastic news that the world has agreed to cut pollution and help people save money, but I am sure that those global leaders were driven by a primitive fear that the present ambient warm weather is somehow caused by humanity; and that fear – as far as I understand the science – is equally without foundation.”

“According to Piers and his team at Weather Action, we all underestimate the role of the sun. This is set to be just about the wettest July on record, he says, and that is mainly because of things taking place in the nuclear fireball millions of miles away from earth. ‘Sometime too bright the eye of heaven shines,’ says the Poet, and often is his gold complexion dimmed.”

“I am all for theories about climate change, and would not for a moment dispute the wisdom or good intentions of the vast majority of scientists. But I am also an empiricist; and I observe that something appears to be up with our winter weather, and to call it ‘warming’ is obviously to strain the language.”