Web of denial: the US Senate climate campaign is critical

The Democratic Party is calling out groups that spread misinformation. It’s an important campaign, but expect a backlash 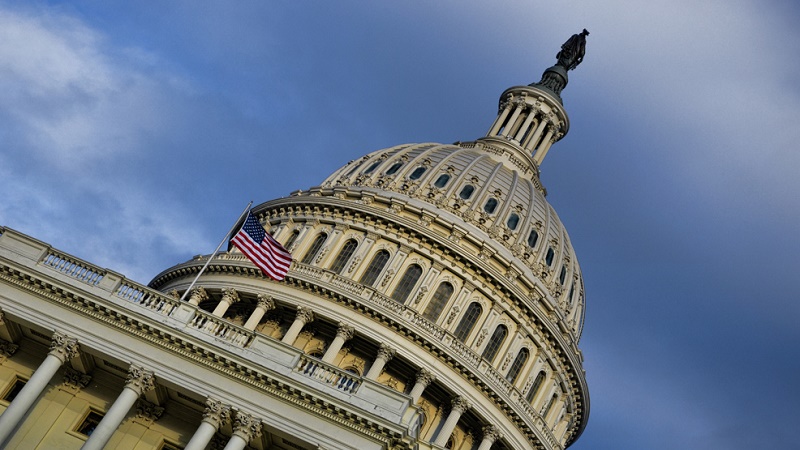 By Robert Brulle and Timmons Roberts

Finally, the Democratic Party is fully engaged in calling out and opposing the well-organized misinformation campaign about climate change, funded by conservative philanthropists and fossil fuel corporations in the US.

Despite overwhelming scientific evidence of climate change, the misinformation campaign has functioned as an effective barrier to action on climate change for nearly thirty years.

It has done so by refuting evidence that climate change is real, is human-caused, and requires aggressive action by the United States.

Building on decades of social science research and over 100 peer-reviewed articles, 19 senators took to the floor last week to document and critique a series of think tanks and trade associations that comprise what they called “the web of denial.”

Rhode Island Senator Sheldon Whitehouse, who has courageously staked out this position over the last four years in a series of over 140 floor speeches, led the group.

Now instead of alone, he stood at the front of a phalanx of 19 senators willing to stand up and speak out about the dangerous impact of climate denial front groups, and among them were the heavyweight democratic leadership in the Senate.

The speeches had each Senator focused on key actors in the web of denial that function in their state. The speeches supported a Senate resolution which argues that “fossil fuel companies…developed a sophisticated and deceitful campaign that funded think tanks and front groups, and paid public relations firms to deny, counter, and obfuscate peer reviewed research and use that misinformation campaign to mislead the public and cast doubt in order to protect their financial interest.”

Introduced by Senators Whitehouse, Markey, Schatz, Boxer, Merkley, Warren, Sanders, and Franken, the resolution is a clear indication that if the Democrats gain the majority in the November elections, they will probably investigate these firms and their front groups’ actions, and might recommend follow-up by the US Attorney General.

The model for their action is the way science was distorted and its impact suppressed by the tobacco industry decades ago.

Although increasingly covered in the peer-reviewed scholarly literature, the media has tended to treat climate disinformation efforts not as an organized effort, but in some cases reports on fraudulent claims as legitimate viewpoints, since reporters are trained to seek both sides of an issue.

These senators are making an important attempt to reorient the debate away from the dangerous distortions of climate denial, and show how the vested interests of the fossil fuel industry use their political and economic power to systematically undermine our ability to act before it is too late.

The episode raises crucial issues of reason, democracy, and openness, and it will be very interesting to see what comes next. One can certainly anticipate that actors in the web of denial and its political mouthpieces will mobilize in response to these speeches. Expect a backlash.

Over two days, nineteen different senators took to the floor and spoke. Senate minority leader Harry Reid spoke about Americans for Prosperity, a group that received over one billion dollars in funding from the Koch foundations, which is fossil fuel funded.

Senator Jeanne Shaheen of New Hampshire described the Competitive Enterprise Institute, funded directly by oil and coal companies, a group which have been leaders of the misinformation movement on climate change in the name of protecting liberty.

The list of groups these speeches documented is stunning in both the number of shadowy institutes, and the impact they have had in delaying action needed to protect our children and vulnerable people around the world.

For example Senator Udall talked about Western Fuels Association, the coal industry group that has made outlandish claims about the benefits of greater levels of CO2 in the atmosphere.

There was Senator Kaine, potential vice-presidential pick for Hillary Clinton, talking about the impacts of climate change on his state of Virginia and especially the massive Norfolk naval base, threatened by sea level rise. Kaine talked about the Science and Public Policy Institute, which denies sea level rise and the climate change crisis, and the Donors Capital Fund, which hides where the money comes from.

The list goes on. Senator Schatz talked about the deceptively named Center for Study of Carbon Dioxide and Global Change and the heavy-hitting Heartland Institute. Heartland continues to hold “counter conferences” at the UN negotiations, this year at the Hotel California in Paris.

One of the most destructive of the web has been the US Chamber of Commerce. Millions of small businesses join the organization in ignorance of the savage lobbying and campaign attacks against responsible action to prevent climate change undertaken in their names.

The US Senate has been key to climate change inaction globally because international treaties have to pass the chamber with a super-majority for their ratification. Due in part to the Byrd-Hagel Resolution in 1997, the US Senate never voted to ratify the Kyoto Protocol.

Being the country most responsible for the problem since our greenhouse gases have been accumulating in the atmosphere for decades, the US is a crucial place for climate action: our foot-dragging has arguably set back global action on the issue for 15 or even 25 years. Dragging the web of denial organizations into the light makes clear that these decades of inaction on climate change in the US Senate has not been by chance.

Last week’s happenings are important because Senate Democrats have unified around exposing and opposing the network of organizations engaged in the effort to systematically distort information on climate change. Scholarly research shows that these institutes received nearly a billion dollars in funding to promulgate a series of neoliberal causes, including misinformation on the causes and impacts of climate change.

Watch for the backlash. Already, a public release from the Energy and Environment Institute (which has twice been renamed recently) called the Senate effort a “fundraising” and “publicity stunt” for the Democratic Party, distracting the nation from other pressing issues.

The issue of manipulation of public perception of science is reflective of a much larger problem in America today: political inequality has allowed vested interests to hijack and distort discourse and democratic governance, crippling our ability to act on the issues of our time.

Robert Brulle is professor of sociology and environmental science at Drexel University and winner of the 2016 Fred Buttel Distinguished Contribution Award in Environmental Sociology.

Timmons Roberts is Ittleson professor of environmental studies and sociology at Brown University. He is a member of the Board on Environmental Change and Society at the National Research Council.

The opinions expressed in this editorial are those of the authors and not necessarily those of their institutions.