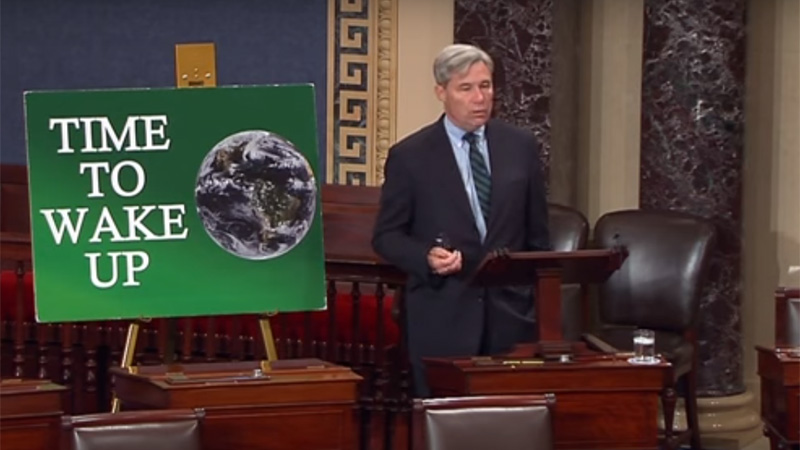 US senator Sheldon Whitehouse has accused more than 100 organisations of spreading misinformation about climate change and influencing lawmakers in Congress.

In a 20-minute address, the Rhode Island Senator said fossil fuel companies are funding what he termed an “intricate propaganda web” designed to weaken climate regulations.

“Just like the mythological hydra the same beast has many heads,” said Whitehouse, who is a long term campaigner for tougher laws to curb US greenhouse gas emissions.

Oil, gas and coal companies employed a network of trade associations, PR firms and think tanks to cover their lobbying activities, he added.

“We have fact, scientific analysts and reason,” said Whitehouse.

“Against it is the apparatus – it has the money, the slick messaging and the political clout and parallel election spending muscle, lobby armada and array of outlets willing to print falsehoods about climate change.”

Read more on: US | Climate denial US