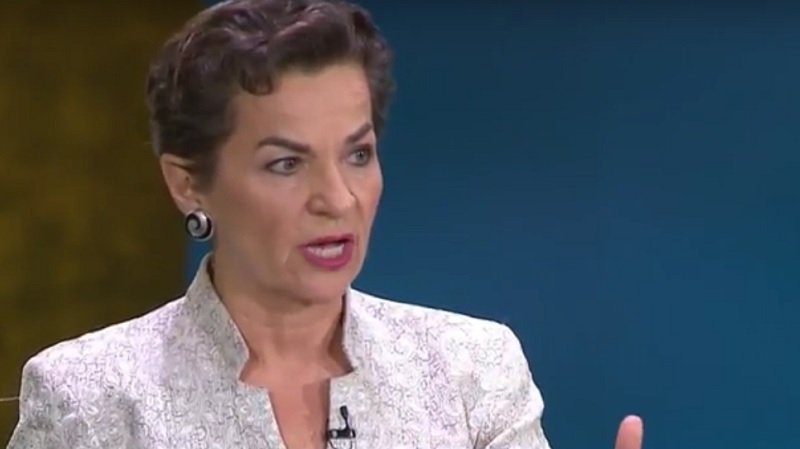 Christiana Figueres set out her stall for the UN top job in a televised debate on Tuesday.

Broadcast by al-Jazeera from UN headquarters in New York, it was the first time candidates got a public airing as part of the selection process.

Her experience forging a global climate change pact had equipped her to solve some of the world’s toughest problems, the Costa Rican diplomat argued.

“Six years ago, I inherited a collapsed negotiation with a total deadlock in the process and with total absence of trust,” she said.

“Six days ago, I left that process on the back of the most ambitious agreement that is unanimous, that is legally binding and that points a clear path forward…

“That is multilateralism at its best and that is what we need in all other areas of the UN, particularly in peace and security.”

In a crowded field, Figueres is counting on that achievement to give her the edge.

Eight out of twelve applicants come from Eastern Europe, which is next in line for the role under an informal system of geographic rotation.

Helen Clark, New Zealand prime minister 1999-2008 and head of the UN development programme, downplayed the importance of that convention.

“My little country is from the South Pacific and it has never had a secretary general either,” she said, to applause.

“I really think that given the scale of the challenges our world is facing that we need a global search for the best talent.”

Christiana Figueres: Protecting the vulnerable is my priority

For all the publicity, it now falls to the 15-member UN security council to chose their favourite in a secret ballot.

The five permanent members – US, China, Russia, UK and France – each have a veto. The general assembly can only accept or reject the person put forward.

It could see a less well-known player, for example Bulgarian UNESCO chief Irina Bokova, beat rivals that in some way displease the big powers.

Accordingly, the candidates responded cautiously to a question about redressing the power imbalance in top level decisions.

“We have a council which reflects 1945, the end of world war two settlement,” said Clark, noting previous attempts at reform had failed.

Other questions covered conflicts in Syria and South Sudan, accusations of corruption and waste in the UN, and the refugee crisis.