By invoking the spirit of Paris, Figueres has positioned herself as the front running “change” candidate in the race – if that’s what the Security Council wants 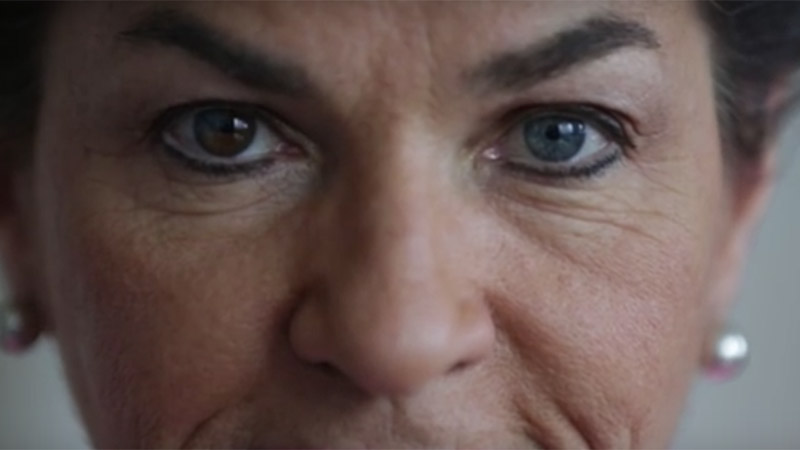 Christiana Figueres shook up the race for the new UN Secretary General by announcing her candidacy on Thursday.

Her successful stewardship of the Paris climate talks means she is now the candidate with the highest global public and political profile, and she will likely win backing from civil society, business, investors and city groups who worked closely with her in the run up to Paris.

However, Figueres’ high public profile may be a two edged sword. The UN Secretary General is not picked by a public popularity contest but through opaque negotiations between the Permanent Members of the Security Council.

Despite a more open process than for previous candidates, involving Q&A sessions with the General Assembly, the final decision will be made behind closed doors.

This makes her “vision statement” – or manifesto – critical. In a field of candidates emphasising their administrative and management experience Figueres stands out with a pitch emphasising her leadership skills and clear track record in delivering successful multilateral action.

She makes the case that the UN faces multiple interlinked challenges, including climate change, to its core missions of preserving peace, security and human rights.

Her core argument is that addressing these issues  – including by delivering the ambitious 2030 Agenda  – is needed to rebuild public faith in the UN as a credible institution, and will require a new way of working and bolder leadership.

This thesis is backed by an unflagging optimism and can do attitude that will be familiar to everyone working in the UN climate change process.

While many of the other candidates have put forward similar diagnoses Figueres’ key selling point is a strategic approach and experience of how this can be done.

She argues that the UN needs to learn from the Paris diplomatic playbook and use a combination of careful diplomacy which is respectful of national differences, mobilisation of stakeholder groups and public engagement to build a firm political basis for bold and effective cooperative action.

This is also a clever pitch for why her experience of multilateral diplomacy makes her the right person for the job. Potentially muting criticism that compared the other candidates Figueres has not held a senior political position at national level.

As UN Secretary General we would expect Figueres to make climate change – and particularly building resilience to its impacts – a more central part of the UN mission. But this is not a climate change manifesto but one that focuses squarely on the core UN mission of peace and security.

The final decision over the new Secretary General is likely to be in October. Russia and China will be the most critical countries to win over.

Christiana Figueres would certainly not be a continuity appointment or a classic “safe pair of hands”. But then in these turbulent times a failure of strong leadership at the UN could undermine the credibility of the whole international system.

This would damage all countries’ – even the largest – interests.

Profile: How Figueres rescued the UN climate talks after Copenhagen

In her bid it is clear while she is laying out a manifesto for bold leadership and change, there is also an underlying sense of realism as to the limits to the role of the Secretary General relative to the major powers on the Security Council.

The fact that Figueres managed to rebuild country confidence in the UN climate process after the disaster of Copenhagen, and then deliver an ambitious agreement without alienating any of the major countries, demonstrates a mastery of careful and quiet diplomacy which will count heavily in her favour.

Christiana Figueres has put forward an inspiring but credible vision for the UN based firmly on her personal leadership style and track record.

If she wins it would be a major step in the mainstreaming of climate change into global geopolitics and policy, and helps ensure continued political momentum behind the Paris Agreement.

By invoking the spirit of Paris Figueres has positioned herself as the front running “change” candidate in the race.

If this is what the Security Council decides it wants then there are exciting times ahead for the UN and a new high level champion for global climate action.

Nick Mabey is chief executive and a founder director of E3G. Follow him @mabeytweet