Red planet: What Mars can teach us about geoengineering 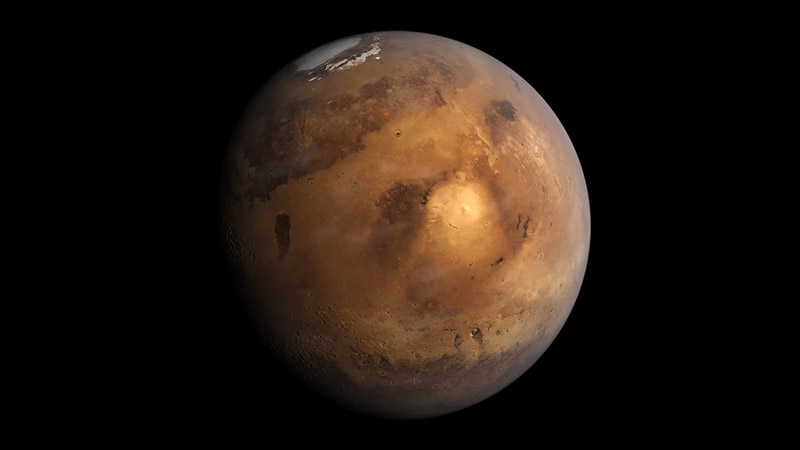 The atmosphere of Mars is too thin to support life or flowing water.

Yet scars of long dried up river basins on the surface suggest it was once much denser and, scientists believe, mostly made up of carbon dioxide.

Understanding what happened to that CO2 could help tackle the greenhouse gas here on Earth, according to researchers from Glasgow University.

“Our theory is it has been brought down into carbonate rocks,” explained head of geography Martin Lee, at the Royal Society’s Summer Exhibition in London.

“When you look at meteorites from Mars you find these crystals in the rock.” 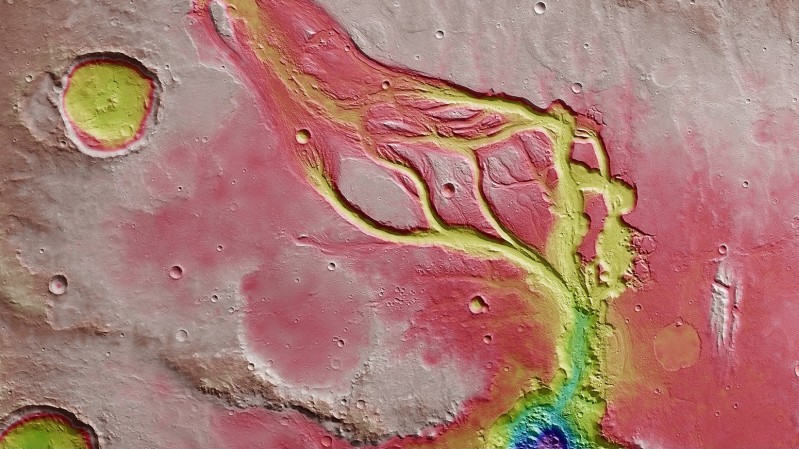 He held up a small chunk of clear calcite crystal. Weighing 45g, it held equivalent carbon to the emissions from a car driving 110 metres, he said.

While cutting emissions is the priority to curb global warming, many climate projections involve removing CO2 from the air to stabilise temperatures.

Water and carbon dioxide react with certain minerals to form stable carbonates. This happens naturally over hundreds of thousands of years, but can be artificially accelerated.

A pilot project in Iceland showed results within months, pumping emissions from a geothermal plant underground to form rock.

Another trial in the Netherlands involved grinding up olivine, a greenish mineral, and using it to “fertilise” the ocean so it absorbed more carbon. 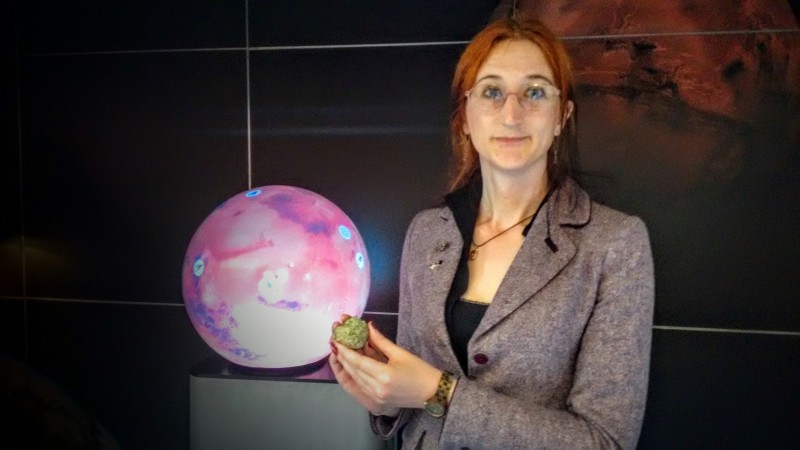 Researcher Adrienne Macartney shows a piece of olivine, a mineral that can react with carbon dioxide to remove it from the air

It is not yet clear how such interference with geological processes could affect ecosystems, said doctoral researcher Adrienne Macartney.

Seeing how the reactions played out on Mars could help to predict the impact of using these techniques to absorb and store carbon, with potentially significant implications for the climate.

“Because the geoengineering is very new, we can apply some of the lessons from Mars,” she said.

“It is quite shocking how little the two communities have talked about this. When I start dialogues with carbon capture and storage companies, they are also quite surprised that Mars research is so relevant.”