The world needs to slash greenhouse gas emissions, but don’t expect coal demand to radically fall as a result.

That’s the nub of a climate change report by commodities giant Glencore, which cites energy plans in 20 countries including China, India and Japan as evidence coal’s demise has been exaggerated.

It expects more than 100 gigawatts of new coal power plants to be built in the Asia-Pacific region, boosting demand for seaborne traded coal by 360 million tonnes a year.

“The realities of future global energy demand and supply will continue to support our business, fully utilising coal reserves and supporting future optional investment in resource conversion,” it says.

The report is the result of concerted pressure from investors allied to the Aiming for A initiative, a coalition worth US$8 trillion that is demanding greater transparency from companies.

“It’s the most comprehensive response a company mining coal has produced to challenge by investors and others on the risk of stranded assets,” said Edward Mason, head of responsible investment at the Church Commissioners, who manage the Church of England’s investment fund.

But despite the 180+ plans to cut carbon emissions submitted by countries ahead of last December’s Paris climate summit, Glencore believes fossil fuel demand will increase by 2030. 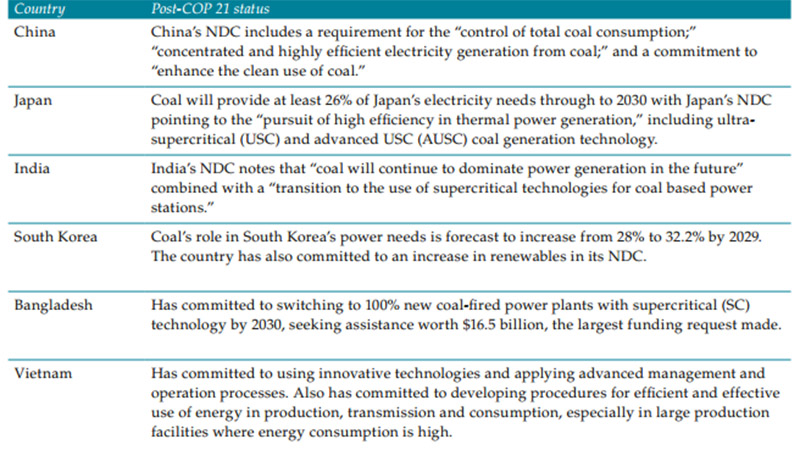 Citing UN climate plans from China, India and others, Glencore believes its coal assets will not become ‘stranded’ as a result of tighter green laws

“Their use is predicted to increase in absolute terms, despite a decreasing share from 81% to 75% of the total mix,” says the world’s largest seaborne exporter of coal.

“Renewables, excluding hydro and bioenergy, will increase 267%, from a low starting point in the primary energy mix.”

The report does indicate the company – which also trades in copper, zinc, cotton, oil and sugar – is open to the idea that countries may start implementing tougher low carbon policies.

The UN’s climate pact in Paris will “continue to drive a greater number of decisions, policy developments and programmes to restrict GHG emissions. These changes are likely to affect our business,” writes CEO Tony Hayward.