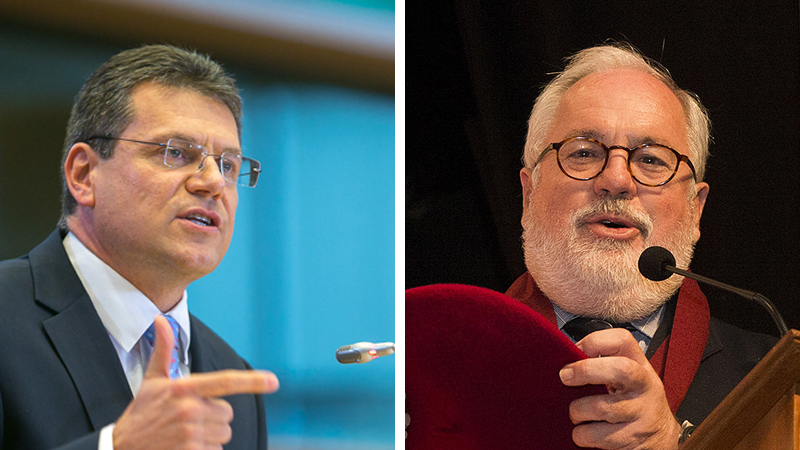 Yet since adopting the deal, senior EU officials have continued to favour traditional energy majors with their time, according to analysis from Corporate Observatory Europe (CEO).

“After Paris, we were supposed to be seeing a shift,” he said. “If you look at the policies, it is not particularly reassuring to see those who are going to be the most influential are the same companies that have been aggressively lobbying against renewables and ambitious climate targets.”

A case in point is the “energy union” package announced in February, intended to reduce dependence on Russian fuel imports and boost energy security.

To the frustration of greens, the Commission proposal majored on subsidies for gas pipelines and LNG terminals, instead of clean alternatives.

CEO revealed lobbyists for Trans Adriatic Pipeline, part of the controversial Southern Gas Corridor, got four encounters with top officials early this year. That put it among the 12 most favoured groups.

The European Wind Energy Association was the only renewables outfit to get a similar level of facetime.

Canete, commissioner of climate action and energy, had 34 meetings with fossil fuel interests and seven with clean energy over the period studied. For Sefcovic, vice president of energy union, the numbers were 22 and two.

Any group involved in fossil fuel extraction or infrastructure was counted in the first category, irrespective of any clean energy business they might have.

SolarPower Europe and Wind Europe had lobbied for natural gas as back up power, he noted, reflecting the line of members like Total and Chevron.

“What this gets at is a far more structural problem,” said Sabido. Industry outguns NGOs and independent think tanks in Brussels. “There is such inequality of resources.”