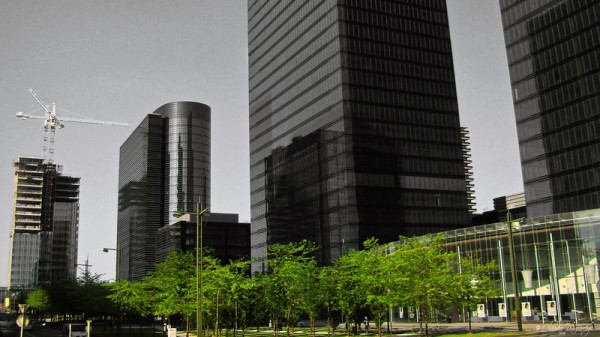 Data collected by CDP shows 61% of all companies and 77% of the world’s 500 largest companies get trade associations to speak for them on climate.

Many of these trade associations use the threat of de-industrialisation to argue against effective EU action on climate change, according to the Policy Studies Institute.

Ben Fagan-Watson, lead researcher at PSI, said: “Companies which are making strong commitments to deal with climate change need to ensure that their trade associations are singing from the same hymn sheet.”

Business Europe has opposed unilateral EU climate action, renewable energy subsidies and reforms to the emissions trading system that would push up the carbon price.

Unilever, on the other hand, is one of the most vocal business advocates for ambitious climate policies.

“We are committed to working with trade associations and likeminded companies who can come together to create tipping points for products and markets,” a Unilever spokesperson told Business Green.

ALEC had become known for casting doubt on the scientific consensus on climate change and opposing pollution regulations.

“The people who oppose it [climate action] are really hurting our children and grandchildren and making the world a much worse place,” Schmidt said.

“We should not be aligned with such people. They are just literally lying.”

Hundreds of businesses are expected to attend a critical climate summit in Paris this December, where countries aim to strike a global deal.

Many see opportunities in clean technology as well as risks from climate regulation and threats to their supply chains from a warming planet.

Fagan-Watson said: “The EU has been an international leader in taking policy measures to combat climate change.

“In the run-up to COP21 [climate talks] in Paris, this leadership should not be undermined by trade associations lobbying to protect narrow, short-term industrial interests at the expense of the EU economy and the global climate in the long term.”