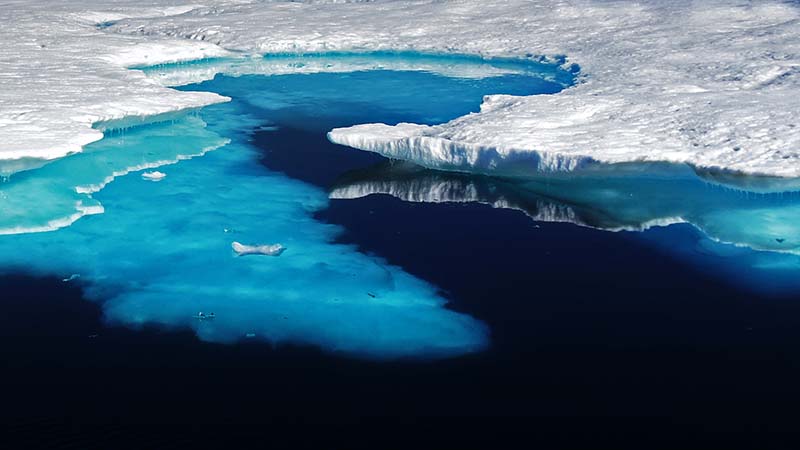 Arctic sea ice levels are on course to hit a new record low as warming at the North Pole accelerates.

Snowmelt has started at the earliest date yet in 73 years, according to the US government’s National Oceanic and Atmospheric Administration.

“It looks like late June or early July right now,” said David Douglas, research biologist with the US Geological Survey.

“Polar bears are having to make their decisions about how to move and where to go on thinner ice pack that’s mostly first-year ice.”

US climate agency: 2016 on course to be hottest on record

Veteran Arctic biologist George Divoky described the change as a “train wreck you can’t look away from” warning an early spring would impact wildlife and tundra plants.

“You never know what you’re going to see and this year’s as big a mystery as any,” he added.

Temperatures in Alaska hit 11C above average this winter. In December a storm sent what experts described as a “pulse” of heat to the region, spiking mercury from -30C to freezing.

“Satellite photos from mid-May depict an early sea-ice breakup with an ominous series of openings, known as leads, extending deep into the Arctic,” said a statement from NOAA.