With women at the top, UN climate body has chance for real change

Women now hold six of the most influential positions at global climate talks, but can they make a difference on the ground? 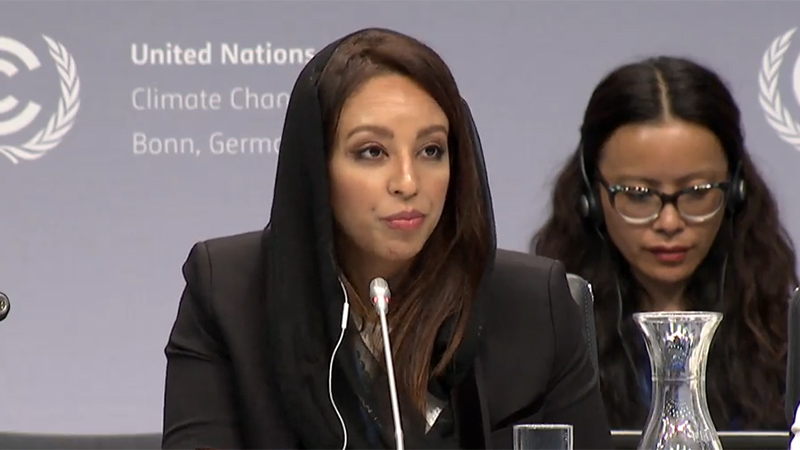 Whisper it quietly, but a gender revolution is taking place at the global climate change negotiations.

As of 17 May, the six most influential positions within the UN process are all held by women, a significant increase on last year’s total of two.

Outgoing UN climate chief Christiana Figueres has held her role for six years, but it’s the steady arrival of other women in top jobs that is a sign of change.

“It is quite unsurprisingly two women who will take action forward. It is quite wonderful to see two new voices and two new inspirations to support work,” said a smiling Figueres on Monday. 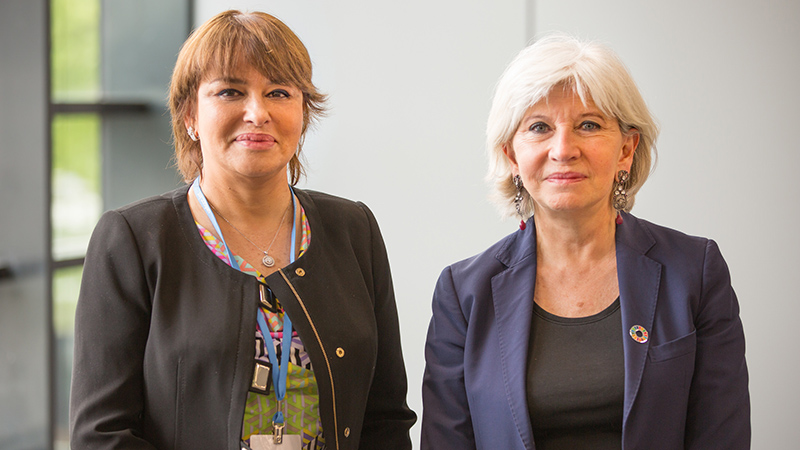 It’s just possible that on any given day, not a dark suit and tie will be spotted on the main podium of the negotiations, a forum long dominated by greying men.

That represents a “notable development” says Mariana Panuncio, who leads WWF’s advocacy in Latin American and the Caribbean. “Each has arrived because of their own merits,” she adds.

The presence of a Saudi Arabian at the top table points to a desire of the oil-rich Kingdom to take a “constructive approach,” she argues.

Veteran climate justice campaigner and former Ireland president Mary Robinson described the appointment of Bashaan and Tyndall as a “significant step” towards gender balance at the talks.

Gender features in the preamble to the Paris Agreement

A UN official said the appointment of the pair as co-chairs was “spontaneous”, but others eye a desire by the 196 countries at the negotiations to start implementing the 2015 Paris Agreement.

The landmark deal contained five references to gender – an issue that was discussed “behind the curtains to the last moments,” says veteran Finnish and EU diplomat Aira Kalela.

While she ascribes the number of women at the top as “more a coincidence than planned action” she does believe it offers a valuable chance for the gender equality movement.

But a few high profile names masks a longstanding gulf between the number of men and women involved in tackling global warming.

Since 2008, women on average have made up just over 30% of delegates at the annual summit, according to data supplied by the Women’s Environment and Development Organisation (WEDO).

At the 2015 Paris summit, just over 38% of national delegations were women, with Peru, Hungary, Lesotho, Italy and Kiribati were among the most balanced delegations and Mauritius, Yemen, Afghanistan and Oman the least.

European countries generally have the highest levels of balance between the sexes; African and Asian countries the lowest. Just over a quarter of delegation heads in 2014 were women.

“What I’m finding is women are prevalent in places of less power,” says WEDO advocacy director Bridget Burns. At smaller UN meetings women take the lead. At the bigger ones a man takes over.

It’s a point picked up by Achala Abeysinghe, legal advisor to the 48 least developed countries at UN negotiations.

“We have to further rally around and accelerate progress towards more equal participation of men and women in this process,” she tells Climate Home by email.

“We still have far to go towards equal representation in positions of power and leadership and gender equality in general.”

Panuncio agrees, pointing out this level of leadership is not yet a clear trend and not something that people can “assume” will continue without pressure.

“We need to ensure women are reflected across the board and across all echelons and that I think is something we need to strive for and ensure,” she says.

“Women in developing countries are often impacted by climate change, but they continue to be under-represented and we need to mainstream this across our overall approach.”

Report: Why women are key to tackling climate change

Outside the UN bubble, gender equality is far from a given, as a recent report published by the Overseas Development Institute and Climate Development Knowledge Network revealed.

Focused on communities in India, Africa and Latin America, the study determined that women are frequently left out of initiatives to improve resilience to extreme weather.

Despite clear benefits, including women in climate adaptation planning was often seen as “slowing and complicating” by some communities, said Virginie Le Masson, an ODI geographer.

That, recommended the study, has to change if vulnerable communities are to stand a chance of coping when hit by climate-induced floods, droughts or crop failures.

Report: How games are preparing Ethiopian farmers for climate threats

It’s a challenge the UN climate body’s women should be equal to, suggests Kalela, especially given the number of women in positions of power this year.

“It gives now an excellent opportunity to also include women perspectives in developing and implementing climate policy,” she says.

“But I don’t yell out of joy… I would rather look at the Paris Agreement on a long run and think we have other reasons to be happy with what we got.”

Burns agrees. “Being able to visually see representation changing is an important part of transformation but the challenge can be if that overshadows large structural inequalities. If that is pointed to solely as progress that  becomes problematic.”