Communities where alcohol use is rife are at greater risk of disintegration when extreme weather hits, finds study 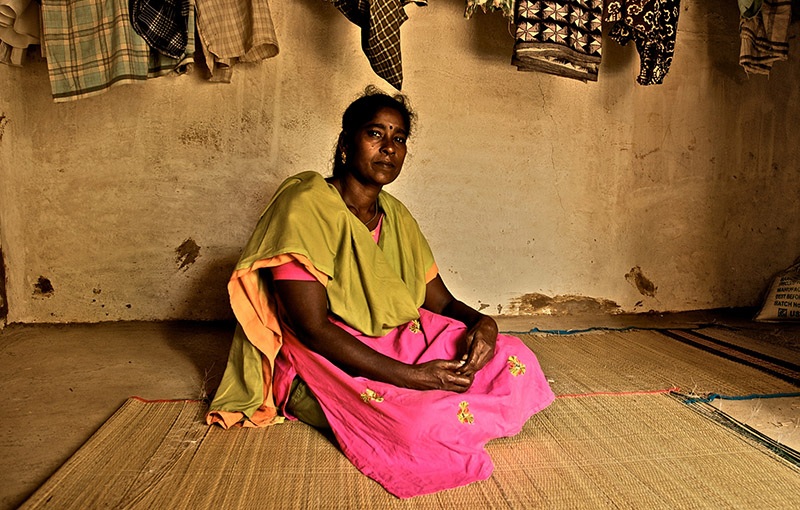 Nagalaxmi’s husband is an alcohol addict. “He drinks and breaks all the family utensils. When I refuse to give him money, he chases me and beats me before everyone” (Pic: EU Commission)

It seems a curious question given most analysis on global warming focuses on renewable energy, finance or infrastructure to protect against rising tides.

But substance abuse and domestic violence are inextricably linked to low levels of resilience to extreme weather among some communities, a study has found.

Compiled by Practical Action, the Overseas Development Institute and Climate Development Knowledge Network (CDKN), it raises questions over how to help people to adapt to climate impacts.

“Alcoholism adds to the workload of men, and can lead to them not being able to feed their family,” said Reetu Sogani, an Indian development specialist and one of the report’s authors.

“Climate change aggravates these impacts, so we cannot really divide alcoholism and climate change… they are all connected.”

Analysis: Is development the best kind of climate adaptation?

Alcoholism is a rising concern in developed and developing countries and a causal factor in over 200 diseases and chronic conditions.

An estimated 3.3 million die in its grip every year, says the World Health Organisation in a 2014 report, with men twice as likely to succumb.

According to the study, cheap alcohol is widely available in the Indian city of Gorakhpur, located in the northern state of Uttar Pradesh near the border with Nepal.

This makes it – like many other areas where addiction rates are high – uniquely vulnerable to extreme events which can rip apart already weak social units.

“In India, men’s income-generating possibilities are affected by weather events, which causes tension and anxiety,” says the study.

“When waterlogged roads prevent men from getting to work, many stay at home, help with rearing animals, go out to search for work or turn to drinking.”

In India alcoholics are less likely to have loans approved, meaning they and their families are more likely to suffer from extreme events that mean they cannot work or have damaged homes.

The findings call for a drive to ensure climate policies offer broad support to communities, alcoholics and the large numbers of women who often suffer violence linked to these addictions.

“You can’t look at climate change in a silo – we need to integrate it into social cohesion,” said Sam Bickersteth, head of CDKN.

Blog: Why women are key to tackling climate change

Change brings its own troubles.

Including women in planning is often seen as “slowing and complicating” by some communities, said Virginie Le Masson, a geographer with the ODI.

That means rolling out policies that combat these views and address gender imbalances, allowing women to contribute in public discussions and have access to finance.

And, says the report, it means equality between men and women must be a principal target of new climate projects, however hostile communities may be.