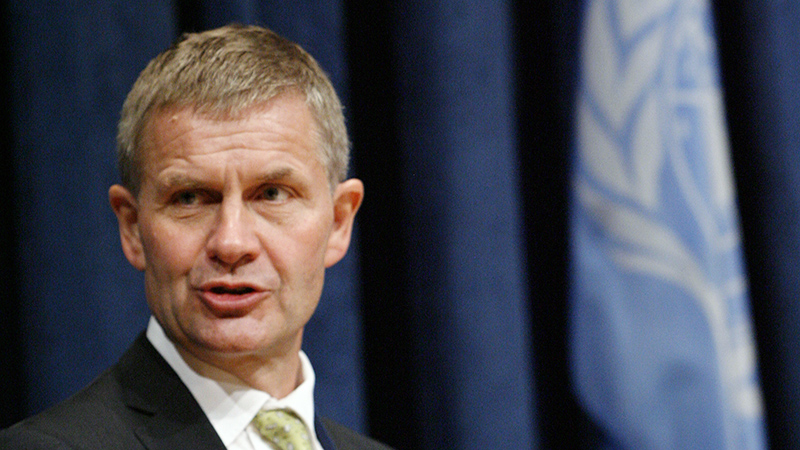 “I want to inspire. If people are inspired they will work hard and well.”

Faced with one of the UN’s most challenging jobs, veteran Norwegian diplomat Erik Solheim is all smiles.

In three months he leaves his role as head of development at the OECD to take charge of the UN Environment Programme, a portfolio that ranges from protecting elephants to resource efficiency and climate change.

He replaces the German-Brazilian Achim Steiner at a critical point in UN efforts to tackle global warming, green finance flows and protect diminishing stocks of endangered flora and fauna.

Top of his list is a desire to “change the conversation” to empower and inspire local communities to protect their local environment.

“We need to work hard to set out the case, change the language. Often the UN is bureaucratic and does not speak to the hearts of people,” he tells Climate Home on the sidelines of a conference organised by French thinktank IDDRI in Paris.

He adds: “It’s very hard to protect just by policing. We need to get local populations on board.”

Adaptation gap
This week UNEP warned developing countries face costs ranging from $280 to $500 billion a year by 2050 to adapt to the impacts of global warming. Previous estimates put the figure at $70-100bn.

In Steiner’s time, UNEP’s tent has expanded, notably drawing in executives from HSBC and other banks to try and push for a new, sustainable financial system.

Under Solheim we can expect that to expand further. He sees business and the global markets as potential allies in the fight against the degradation of land and over exploitation of resources.

“People with a proper knowledge of the finance system, banking and insurance are more likely to advise us best on how we change the markets so we can see a rapid greening of the economy,” he says.

Norway’s minister for international development from 2005-2012, he is well versed in the perennial debate on climate and development finance flows.

During his tenure he helped set up a controversial UN market-based programme under which communities are paid to protect forests, a scheme known as REDD and deployed to mixed results.

According to his biography on the OECD website, under his stewardship Oslo’s global finance contribution topped 1% of national income, one of the most generous on the planet.

He expects climate and development sectors, so often seen as separate entities, to steadily converge as work implementing the 17 Sustainable Development Goals begins.

That will anger those who see climate finance as a form of reparations to poorer nations suffering from the high carbon lifestyles of the West, but on this Solheim is clear: they must converge.

“There’s an unbelievable separation, one tribe doing climate and one doing development. We need to bring it together – there can be no difference,” he says.

“Every single cent spent by OECD nations on climate – except Luxembourg – is from ODA [overseas development aid]. There is no way you can separate them in reality.”

Another is to crack down on corruption and tax evasion, which rinse billions from country finances every year, as evidenced by the Panama Papers exposé.

“[They] have given us a god-given opportunity to clamp down on tax evasion. Whether it is legal or illegal – it’s immoral and we need to stop it,” he says.

“Tax and private investment are the two big revenue streams… we must make tax systems better.”

Reform of the global tax system, saving rhinos and tackling climate change. It’s a tall order for the father of four, and little wonder he says he’s open to any suggestions before he starts. 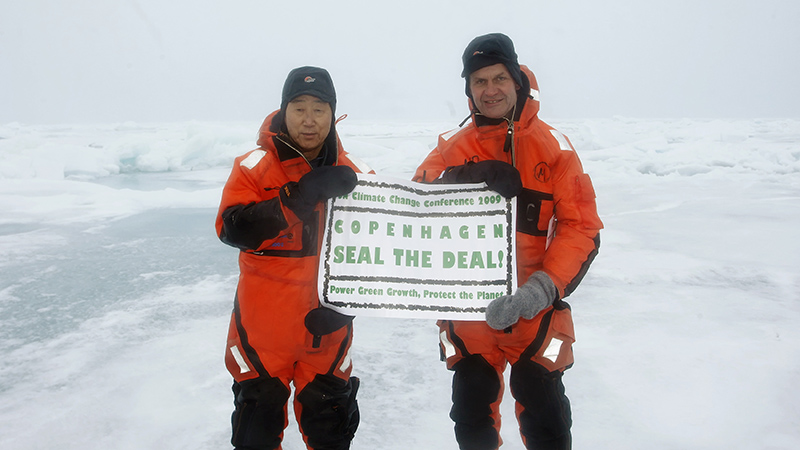 Despite the many plaudits on his appointment, not everything he has done has been a rampant success. The faltering REDD programme is one example.

But he is nothing if not persistent, evidenced by his role as lead negotiator from 2000 to 2005 in the Sri Lanka peace process after a bitter civil war that left thousands dead.

“You must never give up and always be ready to compromise,” he says when asked what that experience taught him.

“Some people speak as if compromise is wrong. On the contrary – you can do nothing without compromise.

“Try to run your family without compromise and decide what you eat, what you will watch in the cinema – your family is destroyed in one day. The same is true of the international community.”