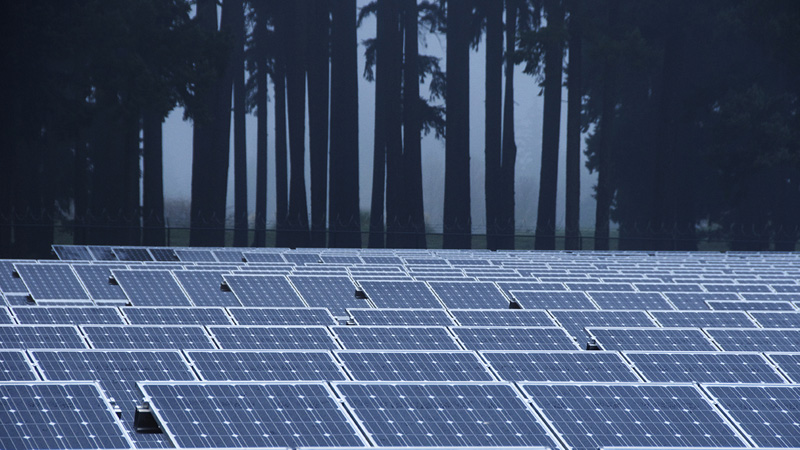 Solar energy giant Sun Edison has filed for bankruptcy after a $3.1 billion spending splurge scared investors and left it with more than $16 billion of debts.

The fast-expanding renewables company had recently purchased solar and wind projects on every continent, driving India’s solar tariffs to a record low with bids for 1 gigawatt of planned projects.

“Our decision to initiate a court-supervised restructuring was a difficult but important step to address our immediate liquidity issues,” said CEO Ahmad Chatila in a statement.

Analysts at Bloomberg New Energy Finance said “relentless and unfocused growth” was to blame for its plight, built on vast amounts of borrowed money.

“SunEdison’s bankruptcy says more about the company’s strategic decisions than about the solar industry as a whole,” said BNEF’s Jenny Chase.

“Comparable companies SunPower and First Solar have managed a develop-and-sell business profitably over the past three years.”

India energy minister Piyush Goyal rejected claims the crash would have a lingering impact on India’s fast-growing solar sector, arguing “there will be others who can take their projects”.

“If one airline goes bankrupt I don’t think people stop flying in aircraft,” he joked.

Michael Terrell, head of energy policy at Google, which in 2014 invested $145 million in a Sun Edison solar plant in California, also dismissed any concerns over the state of the industry.

“In any business we will see success and failure, and clean technology is no different in that respect,” he said.