How the Maldives are putting climate funds to work 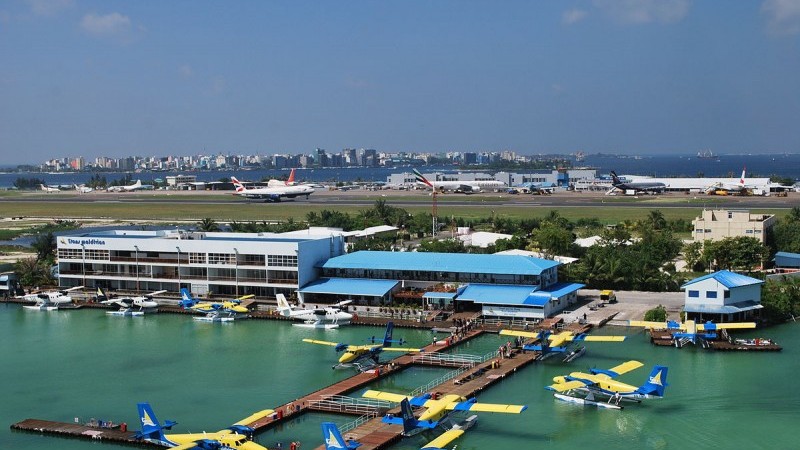 By Thoriq Ibrahim in Shaviyani Funadhoo

This week all eyes are on United Nations headquarters in New York City, where the international community is gathering to sign the Paris climate change agreement.

But here on this drought-prone island, thousands of kilometers from both cities, the global war against climate change has already begun.

Funadhoo is the site of one of the first projects to be financed by the Green Climate Fund (GCF), the United Nations’ primary institution for supporting emission cutting investments, such as in renewable energy and efforts to adapt to climate impacts that can no longer be avoided.

Without support, greenhouse gas emissions would be very difficult to rein in and Sh. Funadhoo and countless other places around the world could become uninhabitable within our lifetimes.

And with water scarcity emerging as one of the most urgent climate change impacts, it’s no accident that half of the first proposals to receive funding address water-related issues. A recent World Bank report found that in less than a decade the number of people facing “absolute water scarcity” could increase to 2.8 billion from 1.6 billion today because of rising temperatures.

Climate change has already dramatically altered the monsoon season in the Indian Ocean basin, leading to record rainfall in some parts of the Maldives and prolonged drought in others; a phenomenon that is expected to become even worse in the years to come.

Compounding the problem, residual contamination from the devastating 2004 tsunami makes groundwater across the archipelago undrinkable.

Today, 90 islands depend on shipments from our main desalination plant during periods of drought—a highly energy intensive and expensive process. For 2015-2017 alone, the government allocated almost US$19 million for water production and distribution.

Ironically, with all the attention given to our low-lying islands’ vulnerability to sea level rise, water shortages represent an even more urgent threat.

The GCF-funded project, which will start on Sh. Funadhoo and expand to at least 48 other remote islands (with a combined population of over 100,000 people), relies on an integrated water management approach: scaling up rainwater collection and storage; improving groundwater quality; and streamlining water distribution networks.

The new infrastructure is expected to be in service for at least 35 years, bringing water independence to the communities and saving hundreds of thousands of dollars annually (not too mention emissions).

Just as important as the project’s innovative design is the funding model used. With so much at stake, GCF donors need to be confident that the resources they provide will make a real difference.

To that end, the selection process carefully vets proposals based on a variety of factors, including the potential to bring about transformational change, long-term impact, efficiency and effectiveness.

Strict accounting standards are required and, as an indication of our commitment to water security, the Maldives has contributed an additional US$4.4 million toward implementation. It is not a handout.

Nor is it a one-off action. The project fits into the Maldives’ long-term climate change adaptation plan, which includes strict zoning regulations to keep coastal communities safe and strengthening infrastructure against erosion, rising seas and other impacts. By coordinating these actions we are able to address more vulnerabilities and make the best use of every aid dollar.

Last month, the GCF board announced that it expects to deliver another USD$2.5 billion in support for projects around the world this year. That is obviously a significant amount, but well short of the USD$100 billion a year by 2020 needed from a variety of sources to meet the climate finance mandate agreed in Paris.

Still, the world has moved from negotiations to action and as small as it is, the Maldives project shows that much can be done to address the climate crisis, even in remote and harsh environments—hope. Not a bad resource to have too much of.