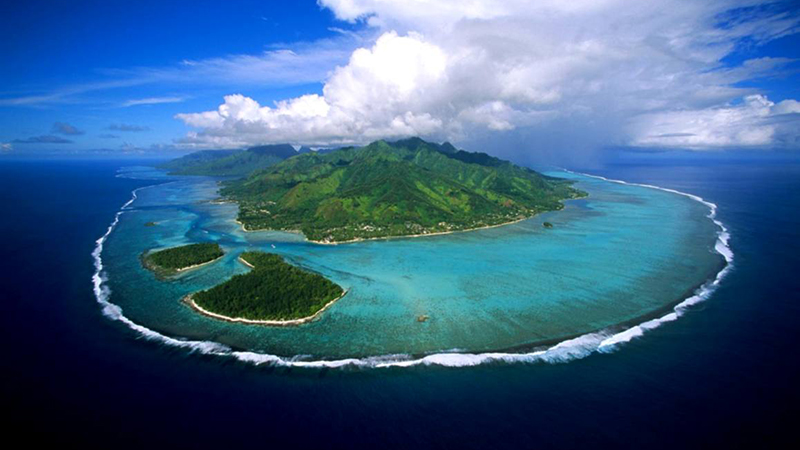 But a hotter planet brings a less obvious menace: drought.

Three-quarters of the world’s small islands, home to 16 million people, are set to get more arid by mid-century, according to a study published in journal Nature Climate Change on Monday.

Warmer temperatures will evaporate more water than they replenish in rainfall, the survey of 80 island groups found.

Among the most severely affected are the Lesser Antilles in the Caribbean including St Lucia and Grenada, French Polynesia – the subject of paintings by impressionist Paul Gauguin – and the Robinson Crusoe Islands in the south Pacific.

Islands in the tropics like the Marshall Islands and Kiribati will experience more rainfall this century, however.

Kiribati president: Climate-induced migration is 5 years away
Pacific activist: ‘In the eye of the storm we are fighting, not drowning’

But precise forecasts for these small archipelago and atoll nations are in short supply, as they do not typically register in global climate models.

“Up until now if you lived in the middle of the ocean on a small island, you were without the information that rest of us on big land masses have of what to expect in the future,” said Kristopher Karnauskas at the University of Colorado-Boulder and author of the study.

The study calculates future levels of evaporation and combines them with precipitation forecasts. Karnauskas said that would help planners adapt infrastructure and agriculture to future imbalances in water.

Without both sets of information, “it’s like the score of a ball game with just one team’s score. You need to know the other to know who’s won,” he told Climate Home.