Between Dutch plans to ban sales of petrol cars from 2025 and the rapid rise of car sharing, the automotive industry faces some big challenges 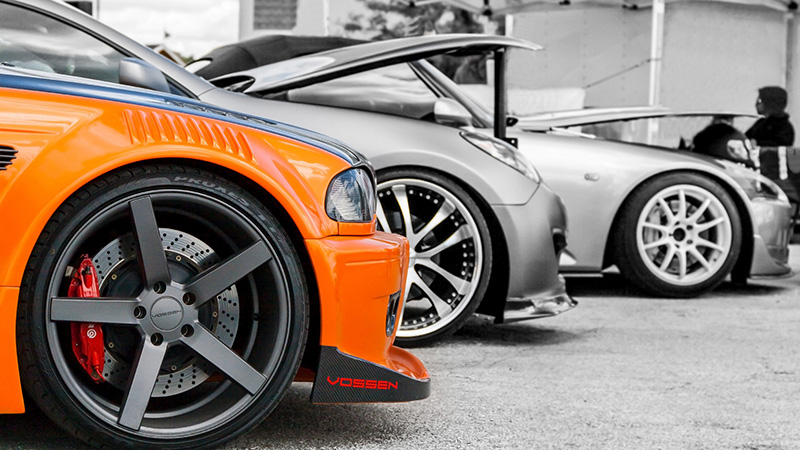 Dutch lawmakers have voted to ban sales of petrol and diesel cars from 2025.

It is a radical plan, which could yet be overturned by the senate. But they are not the only Europeans to be thinking along these lines.

His arithmetic is simple: to meet climate goals, the transport sector must be decarbonised by 2050. Vehicles have a working life of 20 years – so carmakers need to be ahead of the game.

“Otherwise, we will end up with bad investments we will regret,” he said in a panel discussion reported by Clean Energy Wire.

Coming from the birthplace of Mercedes, BMW and Volkswagen, that carries some weight. The world’s third largest automobile producer (after China and Japan), Germany has market clout.

But taking oil out of transport is easier said than done, according to Christian Hochfeld, director of Agora Verkehrswende.

“It is really, really very ambitious,” he tells Climate Home. “I don’t see what kind of regulation is behind this.”

The recently established think tank aims to do for transport (Verkehr) what its sister organisation Agora Energiewende does for energy: support a sustainable transition.

It has some catching up to do. While energy has been the prime target for greenhouse gas emissions cuts (complicated by a simultaneous nuclear phase-out), transport has changed little in the past 25 years.

The sector accounts for nearly a fifth of Germany’s emissions. At 164 million tonnes of CO2 equivalent, it’s estimated output last year was the same as in 1990. Improvements in fuel efficiency were cancelled out by people driving bigger cars longer distances.

To make deeper cuts, efficiency needs to go hand in hand with fuel switching – to electricity, mainly, plus some biofuels. 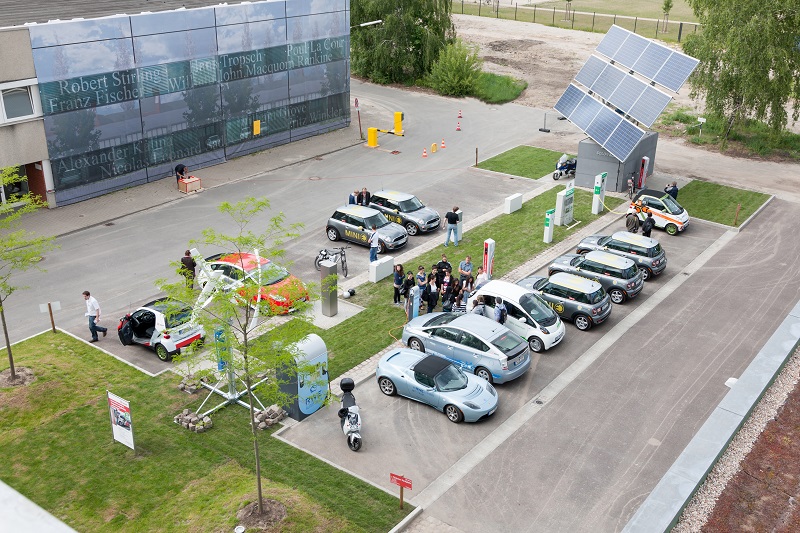 Germany is aiming to have 1 million electric cars by 2020; the transport minister recently announced plans for 15,000 new charging points.

Interestingly, Baake does not just rave about the new but consider how to get rid of the old.

It shows the government has learned something from its energy revolution. There, aggressive expansion of renewables did not automatically end coal burning, which clings to 45% of power generation and a substantial chunk of emissions.

What it does not address is the demand side – and that is where the industry faces perhaps its biggest challenge.

“We don’t want to substitute a fossil car for an electric car,” explains Frank Brehm of InnoZ, a mobility lab on the outskirts of Berlin. “We want to get people used to the idea they don’t need their own car.”

Researchers at InnoZ have built what they call a “micro-smart grid”, running a fleet of shared electric cars and bicycles from onsite renewable power generation.

That is how they see the future of getting around – with apps making it easy to connect with buses and trains.

Most private cars sit idle 23 hours a day. They are costly to run and take up valuable space in urban areas. Little wonder 1.2 million Germans have joined car sharing clubs instead.

Has Europe reached peak car? Maybe not yet.

Daimler, which owns Mercedes-Benz, saw sales in the region increase 12% last quarter from the same period in 2015. “We are growing in markets that some experts previously considered saturated,” a spokesperson tells Climate Home.

Nonetheless, it is dabbling in “mobility services” with car2go and moovel public transport app. BMW, similarly, has teamed up with rental firm Sixt for pay-as-you-drive service ReachNow.

“The car manufacturers, all of them have recognised that the selling of cars is a business model that maybe will come to an end in the next decades,” says Brehm.

The transition away from high volume production could be tough for manufacturing regions like the Ruhr and the estimated 800,000 German autoworkers.

On the other hand, there is a huge market globally for car sharing, as growing Asian cities seek to avoid gridlock and pollution. Car2go has just launched in Chongqing, southwestern China.

“It is the future of the mobility market, but it can be a threat if companies aren’t prepared,” says Agora Energiewende’s Hochfeld.

Germany energy utilities were not ready for the pace of change and paid dearly for it.

Hochfeld warns: “Either we do have these models or our big car manufacturers become the next EON and RWE.”