Head of legal affairs outlines implications of early entry into force for Paris deal, and voting rights of countries slow to approve treaty 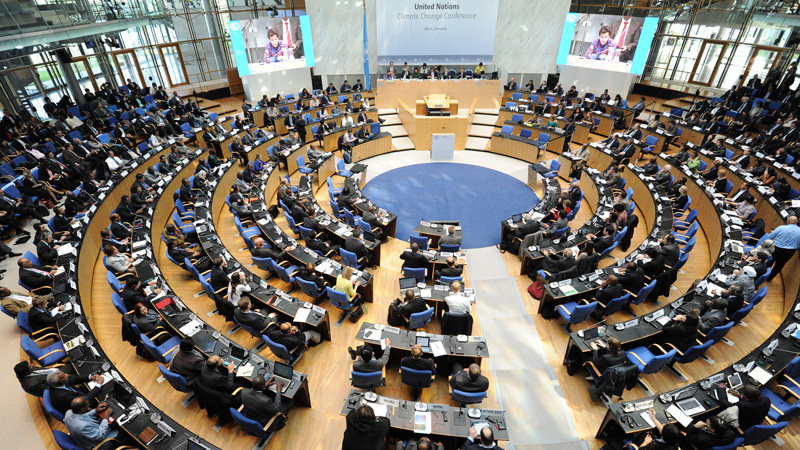 Countries should move fast to sign and ratify the Paris climate agreement or could lose the power to determine how the new deal works, a UN legal official has warned.

An eight-page advisory published on the UN climate body’s website says governments who have joined the deal “will enjoy certain rights and privileges” including the right to approve decisions.

“Parties to the Agreement are responsible for governance, oversight, leadership and decision-making over the Agreement,” says the document, authored by UNFCCC legal chief Dan Bondi Ogolla.

Those who have not completed the process of ratification “cannot, however, participate in decision-making” it warns, although they can make “interventions and submit textual proposals”.

Did you know?
Article 28 of the Paris deal stipulates any government wishing to pull out of the agreement once it has ratified will need to wait four years – that’s the length of a US presidential term of office.

Over 130 governments are set to sign the new climate deal on 22 April in New York, with the US, China among those promising to officially join the deal by the close of 2016.

Once 55 countries covering 55% of global greenhouse emissions have approved the agreement it will become operational, a possibility UN officials and observers think could occur this year.

That could potentially leave the EU, which is unlikely to corral its 28 members to get their Parliaments to authorise the deal before 2017, stuck outside the talks.

Despite hailing the 2015 UN deal as a major diplomatic success, countries still have to develop a transparency framework, and work out how a system of five-year climate policy and ambition reviews will work.

Still, the document adds that countries could decide to suspend talks on the development of the deal if only “a minimal number of Parties” had joined.

“This would allow many more Parties to the Convention to ratify the Agreement thereby enabling them to participate in decision-making at the resumed session,” it says.

A veteran climate lawyer, speaking off the record, told Climate Home they felt it was unlikely countries would try and develop a deal without the presence of key parties.

Recent discussions at an informal meeting of negotiators in Tokyo had ended with a consensus to target a “pragmatic approach” to early entry into force, they said, without excluding anyone.