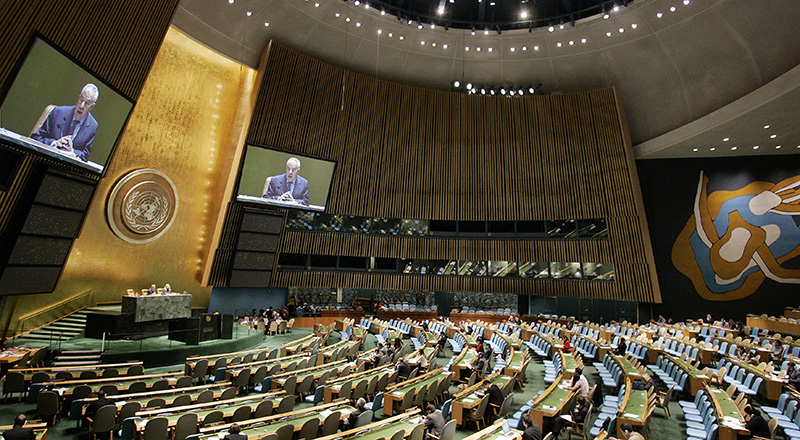 A record haul of nations will put pen to paper on the first day a new global warming accord opens for signature, the UN predicts.

The 130 expected at its New York headquarters will beat the 119 that signed the Law of the Sea in 1982 in Jamaica, it said in a Thursday statement.

The UN did not release a guest list. But major powers, including China, the European Union, India and the United States, have confirmed their presence at the event, which is aimed to spotlight ambitious commitments to curb emissions.

Signing is a purely symbolic act, marking the first step towards ensuring the agreement struck by 195 countries takes effect by 2020.

That occurs when 55 countries generating 55% of global emissions ratify it domestically, which has drawn out in the past.

The Kyoto Protocol – the Paris deal’s predecessor – took eight years to enter into force after countries delayed signing to gain leverage. The Doha Amendment, who covers emissions cuts for the 2013-2020 period, still isn’t in place.

But in a boost for the Paris treaty, China and the US said they plan to ratify the Paris deal this year, representing about 40% of emissions. Four small island states have passed laws already, edging it closer to the threshold.

Over 60 world leaders will travel to New York, “demonstrating the continued high level of engagement … to accept and implement the Paris Agreement,” the statement said.

“Paris was historic,” said outgoing secretary-general Ban Ki-moon who called the day-long ceremony, which will feature speeches, a luncheon and roundtables.

“But it’s only the beginning. We must urgently accelerate our efforts to tackle climate change. I encourage all countries to sign the Paris Agreement on 22 April so we can turn aspirations into action.”