Wealthy countries gave developing countries tens of millions of dollars in aid to bolster their stake in a new global warming accord, it has emerged.

The findings highlight the scale of assistance offered to ensure a maximum amount of intended nationally determined contributions (INDCs), which formed the backbone of the UN deal.

Some 187 countries out of a possible 195 – from Congo, Honduras to Laos – turned in these blueprints to cut emissions and adapt to extreme weather in the period to 2030.

Officials said the funds, which paid for technical expertise and educational workshops, were vital for the world’s poorest, under-resourced governments.

But critics pointed to mix of unrealistic offers, and in some cases questioned their independence from donors in the rush to meet a UN-imposed deadline two months before the summit.

“Developing countries were asking for support to prepare the INDCs,” says Mohamed Adow, a senior campaigner at Christian Aid. Granting it allowed for an expansion of commitments from a group of industrialised countries to the entire world.

Gambia, a tiny West African state, was one to pledge for the first time, offering a 44.4% cut in its forecast emissions growth by 2025.

It showed its gratitude to donors on page one. Environment minister Pa Ousman Jarju thanked “the Government of Germany, the CDKN, GIZ and Climate Analytics of Germany for the financial and technical support,” on behalf of its president.

But other partnerships bore less fruit.

Pakistan’s prime minister ripped up environment ministry proposals influenced by Canadian think tank, IISD, who CDKN paid up to £400,000, documents show. The country instead submitted a target-free 350-word document to the dismay of funders and campaigners.

“This is not flying in expats. In the majority of countries the work was done by nationals… this is a strongly-owned process that will go along with national legislation,” he says.

In devising a new climate agreement, the UN deliberately offered no template.

This encouraged a self-determined “bottom-up” deal to learn from the mistakes of 2009’s doomed Copenhagen accord which sought to impose “top-down” caps on global emissions.

A blank slate was no trouble for a country like Canada, boasting sophisticated modelling data and with skilled bureaucrats at hand.

But for the likes of Samoa or Niger a lack of capacity was a barrier to action.

“With 12 dialogues all over the world we were able to reach 1,000 participants from 120 countries,” says Michael Comstock, a UNDP project coordinator. “At that time, there was very little clarity around those topics and these dialogues were an opportunity to have initial discussions.”

Those evidently lubricated countries’ submissions. Just 36 made an early March provisional deadline, but by October, 146 were in.

“They’re doing it for what I think is a much more powerful political driving force, which is for the benefit of their own economy,” said UN climate chief, Christiana Figueres at the Paris talks.

But a source with knowledge of the EU-funded Clima East programme which assisted six countries including Armenia, Moldova and Ukraine took a more critical view.

They compared the process to “firefighting” as regional teams tried to spur reluctant local officials and UNDP-appointed consultants into action in the limited time window.

A failure to treat the INDCs as something more than a regular UN update, and in doing so launch a wider national consultation, led to glacial progress, they told Climate Home.

It led representatives from the German government and Commission to eventually step in as October’s deadline approached. Despite “carefully designed strategies” not to push an agenda, they said hurried donors came in and said: “why don’t we come up with wording good for everyone?”

Ukraine’s government vetoed the draft. But Moldova slightly deepened proposed emissions cuts – albeit allowing for smaller de-facto rises – while, Belarus pledged a 3% reduction by 2030, he says.

“I felt by seeing the INDCs from inside, you can’t really say this is a major success,” they added.

No help was “neutral”, she says, with developed countries systematically looking to “shift responsibility” onto poorer ones to avoid sacrificing living standards.

“The power is very much in the northern countries and developed countries. They are constantly using economic and political power to further their national interest and it’s plain to see in the UN process.”

A senior official in the German government hit back at that assertion. “We were urged to support developing countries. That should not be seen in any negative light.”

Still, campaigners underlined the difference between drafting and implementing an INDC.

There’s no substitute for a comprehensive process involving dominant ministries as well as the private sector and NGOs, says Mattias Soderberg, a senior campaigner at DanChurch Aid.

“If you have had a process pushed by ministry of environment, which is traditionally quite weak, and if you did not have an inclusive process within the country, then it’s difficult to implement the INDC,” he says. 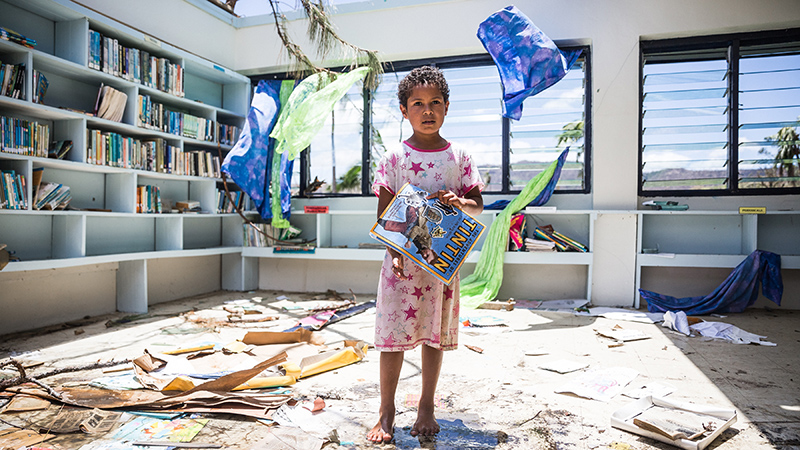 That the INDCs are carried out is a strong assumption. Pledges still overshoot the 2C danger zone this century, collectively holding warming to 3C, the UN says.

The Carbon Brief website estimates developing countries need $3.5 trillion in cash to carry them out. That makes initiatives like the Green Climate Fund and continued support from richer nations critical to the success of the post-Paris process.

“I don’t think many [developing countries] understood what they were committing to,” said Meena Raman from the Malaysian Third World Network think tank.

“Many INDCs came with conditions, and if they don’t have enablers [finance/technology] to help them deliver then they won’t be able to implement it. You have to make sure everything is in place.”

Countries do have time to firm up these plans as they pass from “intended” status, and are allowed to re-submit them before they become nationally-determined contributions or NDCs, due to take effect from 2020.

That next phase of making good on these commitments is crucial, says Bickersteth at CDKN which will continue to support countries in the interim.

“If the Paris story was around the INDCs, 2016 is about the implementation of the NDCs,” he says.