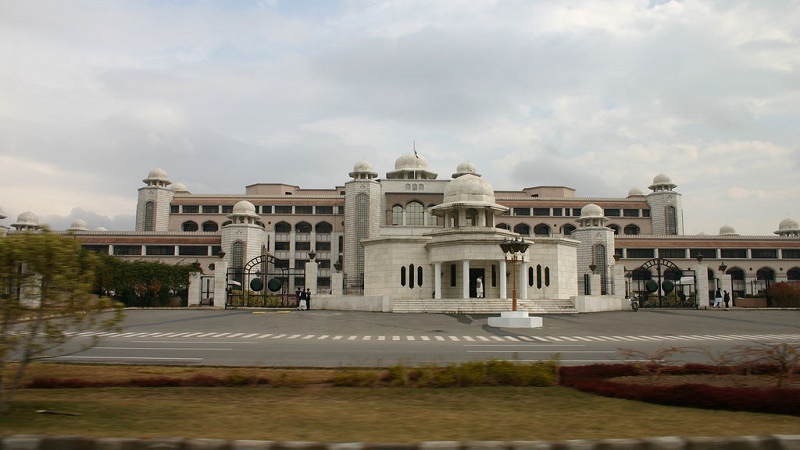 Pakistan has not included a single measurable target in its contribution to a UN climate deal, submitted on Thursday.

At 350 words, the final document is slashed from drafts seen by civil society observers.

It says Pakistan will need affordable sources of power generation to develop – a nod to the Chinese-backed coal fleet under construction.

The country “is committed to reduce its emissions after reaching peak levels,” the UN submission said, but has insufficient data to set specific goals.

Analysis is under way to determine potential carbon cuts, it promised, as well as investment needed to adapt to the impacts of climate change.

Pakistan produced 0.7% of global greenhouse gas emissions in 2010, according to EU data.

Leaked earlier versions of the plan set out options to cut greenhouse gas emissions 10-20% from business as usual by 2030, subject to international support.

Climate experts at the time criticised the numbers as lacking ambition. Yet even those figures were conspicuously absent from the one-pager approved by the prime minister.

Kashmala Kakakhel, a Pakistani development consultant, told Climate Home there had been some pushback from industry.

Coming amid rising power demand and frequent blackouts, the attitude was “dirty or clean, just give us the energy,” she said.

“I think it is a missed opportunity,” she added, as initiatives like the Green Climate Fund will be providing support for cleaner projects.