Finding ways of communicating that resonate with people’s values is a crucial first step in broadening public engagement, says the head of research at Climate Outreach 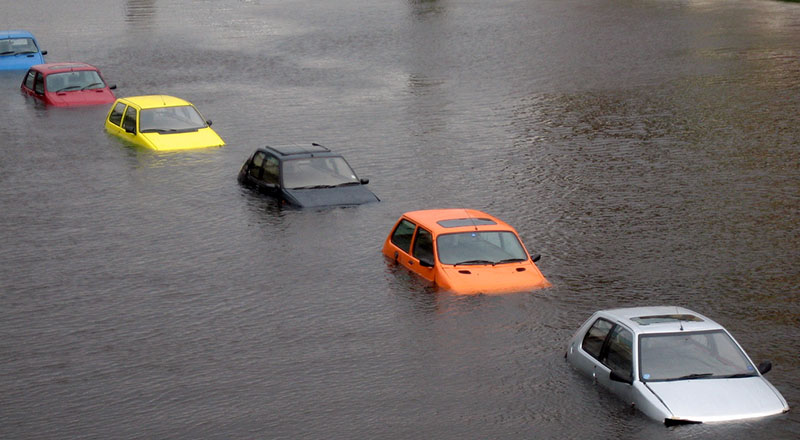 As years of heads being banged against brick walls can attest, climate change doesn’t communicate itself.

For the vast majority of us who are not scientists, climate change is always mediated in some way – filtered through a campaigner’s rhetoric, a newspaper’s editorial stance, or through the social media hall of mirrors.

Everything we read, see and hear about climate change is communicated by someone, and that person (or organisation) comes loaded with cultural baggage. Do we trust them? Do we identify with them? Are they like us?

Does what they are saying fit with our existing beliefs and way of looking at the world, or threaten it?

It is these judgments, much more than scientific knowledge, that determine how people engage with climate change.

And so finding ways of communicating that resonate with people’s values and worldviews (rather than challenge or contradict them) is a crucial first step in building wider and deeper public engagement.

Analysis: Why reframing climate policy is a waste of time

This basic principle drives most of our work at Climate Outreach – we focus on the importance of creating the social consensus necessary to underpin the policies, technologies and behaviour change necessary to address climate change.

Our new report – focused on the language and narratives that can more effectively engage people with centre-right political views – contains the first direct evidence of how UK citizens with a conservative ideology respond to differently-framed messages about energy and climate change.

Reaching this group matters because there is a consistent relationship between right-leaning political views and scepticism about climate change.

In a series of discussion groups in rural and urban locations across the UK, we invited conservatives to talk about the issues that mattered to them, what defined their worldview, and then – using these discussions as a platform to introduce the topic – initiated a conversation about climate change.

We explored a set of short, written ‘narratives’ about energy-saving, renewable technologies, and climate change. And we found that certain phrases and ideas fared much better than others.

The least popular language related to the idea that the ‘smart money’ was in renewables. Participants distrusted what seemed like overblown claims about the profitability of the renewable energy industry (even though the figures were accurate).

But the most favoured language related to the principle of avoiding waste. When participants read and discussed the text below, it seemed to resonate well with the values and ideas that they had themselves identified as important at the beginning of the discussion:

“No-one likes to see things go to waste: it’s just common sense. You teach your kids that it is irresponsible to waste things – to finish their dinner and not throw away food, and to turn off the lights in rooms when they’re not using them. But millions of us live in old houses filled with gaps and holes that are drafty in the winter – we’re literally throwing energy away. That’s why energy efficiency is so important; who can argue with the idea of doing more with less?”

Grounded in the values of responsibility, pragmatism, and common sense, this is a radically different way of presenting climate energy efficiency than haranguing people to turn down the thermostat to save the planet.

In the same week that our report was released, a new paper in Nature Climate Change reported on a series of experiments that poured cold water on the importance of re-framing climate messages.

In a study where people were asked to read messages about climate change framed using different concepts (including health), they found no clear evidence that any of the frames had much effect.

In a despairing opinion piece responding to the new study, David Roberts argued that spending time (and funders’ money) on reframing climate change messages was a dead end.

Roberts dismissed the value of message-framing, suggesting that ‘magic words’ would not alter people’s longstanding beliefs and perspectives, which are grounded in deep-rooted (and therefore unchangeable) values and worldviews.

Roberts is right to caution against a simplistic understanding of message-framing. There are no ‘magic words’, and it is naive to think that people’s attitudes can be transformed through exposure to a few ‘reframed’ messages about climate change.

But he is mistaken in two important ways.

Firstly, there is no inconsistency between ‘message framing’ and people’s deep-rooted values and worldviews. Climate change has been consistently ‘framed’ in the language of those with left-wing values and this is one of the biggest barriers to engaging wider groups. Messages about the same policy can be framed to speak to other  values – to reflect, or even reinforce existing beliefs, rather than try to change them. In our work with centre-right citizens, the messages about energy and climate change that embody centre-right values were the most effective at engaging the audience with climate change rather than turning them off.

The challenge is to make energy and climate change a part of the centre-right ideology, not overturn centre-right values. If the right ‘frame’ is used by a trusted communicator – someone who shares the values of the audience – the building blocks of effective communication are in place.

Secondly – and most importantly for climate advocates from across the political spectrum – the value of reframing climate change comes not through ‘one shot’ advertising messages, tweets, or behavioural nudges, but through using the most effective language as a tool for starting a conversation. Using the right language is about starting a productive dialogue, not ‘winning an argument’.

So message-framing (as part of a process of participatory public engagement) is not a waste of time – indeed frames such as wasting less could be a more productive way of having climate conversations with half of the British population.