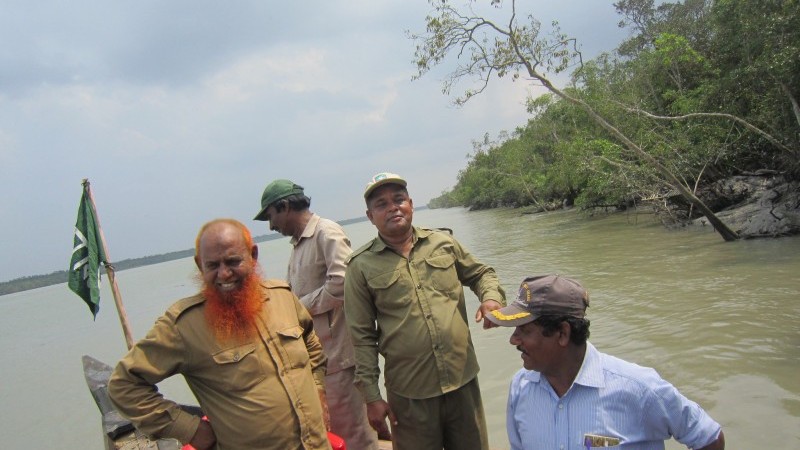 Campaigners have renewed calls to block the proposed Rampal coal power plant in Bangladesh after a coal barge sank in the Sundarbans on Saturday.

Laden with 1,200 tonnes of coal, the Sea Horse now lies at the bottom of the Shela river, in the middle of the rich mangrove ecosystem.

It is the fourth shipwreck in two years in the region, according to international watchdog Waterkeeper Alliance. Such incidents threaten species like the rare Irrawaddy and Ganges dolphins.

“The leaders of India and Bangladesh are not taking steps to protect the Sundarbans, rather they are taking multiple joint actions that will result in greater damage and destruction,” said Sharif Jamil, of local environmental group Bangladesh Poribesh Andolon.

“This accident again proves the carelessness of the government towards the protection of the Sundarbans.” 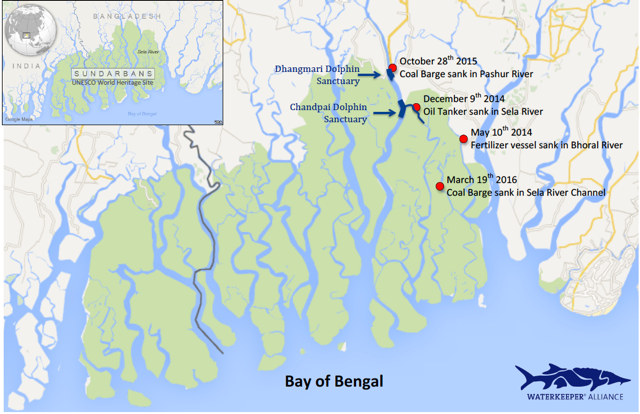 The government plans to build a coal power station in Rampal, just 14km from the World Heritage Site. Another, Orion Khulna, will be even closer.

Despite growing demand for electricity, with a third of Bangladeshis lacking grid access, the proposals have inspired fierce opposition. Local environmentalists argue there are other, less risky, places to site coal plants.

“If the Rampal and Orion coal-fired power plants are built, the resultant dramatic increase in ship traffic will further imperil the Sundarbans.”