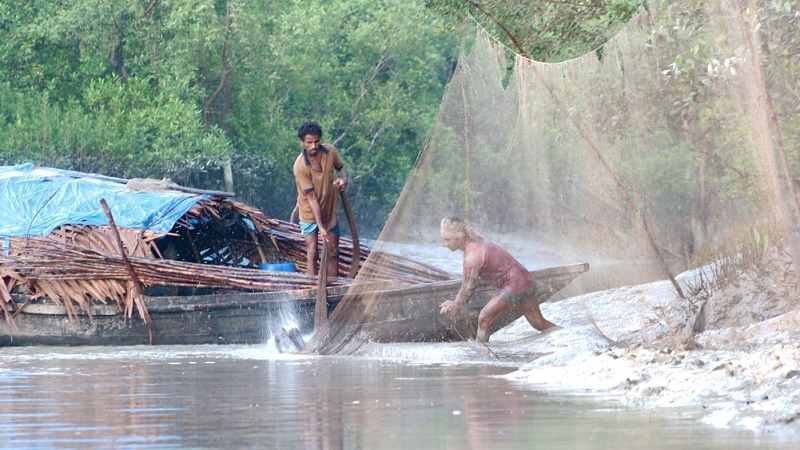 The Sundarbans are home to 4 million people, as well as a rich range of wildlife (Flickr/Frances Voon)

By Rafiqul Islam in Dhaka

Environmentalists have intensified protests in Bangladesh against a planned coal-fired power plant near the world’s largest mangrove forest.

A nationwide demonstration against the Rampal plant, which is located 14km from the World Heritage Site, is planned for 26 November.

Speaking at a press conference in capital Dhaka on Tuesday, CPB president Mojahidul Islam Selim threatened further action if the government does not stop work on the project by the end of the month.

In a country hungry for modern energy, campaigners are nonetheless rising up to protect the home of Bengal tigers and endangered Irrawaddy river dolphins.

“We are not against coal-based power plants, because we need power for development,” said Hasan Mehdi, executive director of Khulna-based Coastal Livelihood and Environmental Action Network (CLEAN).

“But the question is why the power plant should be set up near the Sundarbans, a world heritage site? We have many places to set up such a coal-fired power plant.”

The proposed 1,320MW power station is a joint venture of national Bangladeshi and Indian companies. They are publishing advertisements in daily newspapers, insisting that Rampal poses no threat to the Sundarbans.

Nearly a third of Bangladeshis have no access to electricity and demand is increasing about 6% a year. Rampal would increase the country’s power capacity by more than 10%. At present, it has 12,000MW installed, mostly fuelled by natural gas.

To cut dependency on gas in power generation, the government is planning to build eight large and 10 small coal-fired stations by 2021. 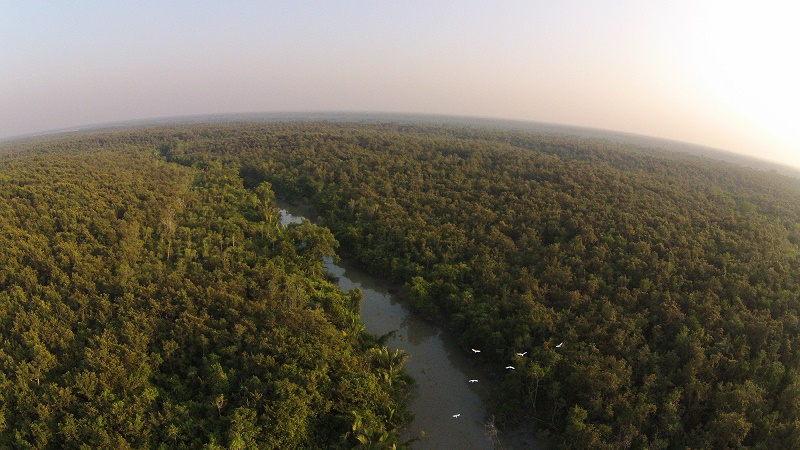 The Sundarbans are the world’s biggest mangrove forest, spanning the coastline of India and Bangladesh (Wikimedia Commons)

The National Committee to Protect Oil, Gas, Mineral Resources, Power and Port of Bangladesh is backing the counter-protest with a national convention in the capital on 14 November to mobilise public opinion in favour of the plant.

At a recent press conference in Dhaka, energy minister Nasrul Hamid claimed that modern ultra-super thermal technology would be used, so the plant would not pollute surrounding areas.

Green campaigners are not convinced.

“Defying all protests and refusing to hold a proper debate over the issue, the government is going ahead with the coal-fired power project. Once the project is implemented, it will destroy the Sundarbans,” he said.

The plant is expected to produce 750,000 tonnes of fly ash and 200,000 tonnes of bottom ash a year, according to the environmental impact assessment (EIA).

“The Sundarbans will face a long-term impact. Physical growth of plants, their flowering and fruiting will be affected severely while breeding capacity of animal of the forest will be lost,” he said.

Bangladesh is one of the most vulnerable countries in the world to the impacts of climate change. With 31.5 million people living within a metre of sea level, rising oceans increase the risks of flooding. Mangroves provide a natural buffer against cyclones and storm surges.

Meanwhile, its citizens contribute little to the problem, with carbon emissions of 0.37 tonnes a head in 2011. The figure for India was 1.69t, by comparison, China 6.6t and the US 17t.