Strong support for the COP21 deal in April is vital to ensure momentum and confidence in a low carbon transition is maintained, argues Christian Aid’s top climate advisor 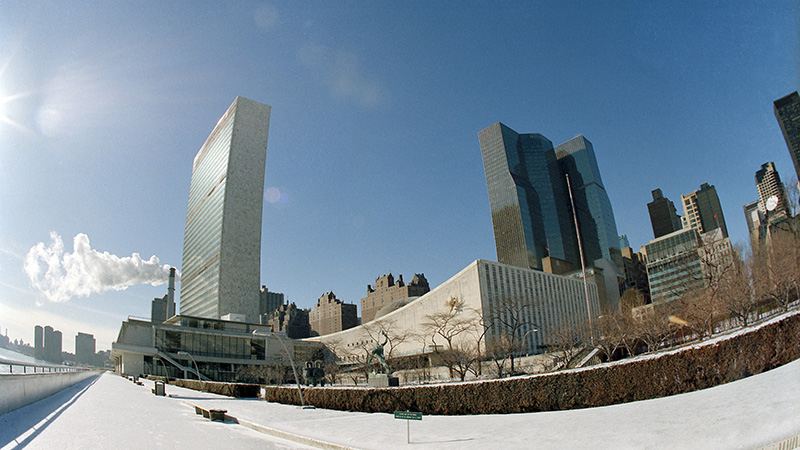 After more than twenty years of global climate change negotiations, last December the world agreed to a historic pact in Paris.

For the first time in history the whole world, rich and poor countries, signed up to an international climate change plan that binds them to reduce greenhouse gas emissions and deal with the impacts of climate change.

Since the Warsaw climate conference in 2013, we have seen progress at both the national and global levels that helped to increase ambition in the world and strengthened the resolve to succeed in Paris.

The Paris Agreement marks the greatest collective effort the world has ever seen to tackle the climate crisis.

It is important to be clear on this – the agreement includes domestic climate plans submitted by 189 countries – rich and poor – which together represent over 98% of global greenhouse gas emissions.

Thanks to COP 21 we can now see the way forward to a low-carbon, climate resilient future.

But if Paris is to be a success swift action is now vital to ensure that the agreement is ratified and ensure it comes into force as soon as possible.

The negotiations in Paris represented a new type of international cooperation, which successfully blended the top-down process of the past, with a dynamic bottom-up process, with each nation pledging its own “nationally determined contribution” towards the global effort to tackle climate change.

To ensure each country’s contribution comes into legal effect and to give confidence to investors that each country means business on their Paris promises, they should join the small island of Fiji which became the first country to ratify the agreement last month.

It was great to see Fiji become the first country to ratify the agreement. In fact surely there is no more symbolic inaugural signatory than the small island state in the same week that it experienced the worst storm ever recorded in the Southern Hemisphere.

Cyclone Winston left 42 people dead and left more than 50,000 people seeking refuge in makeshift shelters across the archipelago nation. Many more who fled to relatives have not been recorded in the data so the full impact of the storm is hard to measure.

Also highlighting the urgency of pushing the Paris agreement into action is the unfolding horror in Ethiopia.

A country familiar with droughts is experiencing its worst for 30 years.  World leaders need to be reminded that while they dawdle with ratification, people are suffering.

It is important to now give the political commitments made in Paris the legal force through domestic seal of approval. Early ratification will indicate the direction of travel to businesses as they shift away from fossil fuel base energy towards a zero carbon economy.

This will also reinforce the Paris momentum and sense of mutual confidence that all countries are working together to accelerate the transition to a low-carbon, safe and resilient future.

For the Paris Agreement to come into full legal effect, we need at least 55 countries which account for at least 55 percent of global greenhouse emissions to ratify and deposit their instruments of ratification, acceptance, approval or accession with the United Nations.

Once the 55/55 threshold is secured, entry into force will ensure the long term durability of the agreement and enhance the broadest participation ever seen in an environmental agreement.

It will also help protect it against any sudden political risk, such as a climate change sceptic in the White House.

Although there has been much talk about a Republican President wrecking the Paris Agreement once it is ratified by President Obama it will become extremely difficult for any subsequent administration to unpick the deal.

Early ratification will also provide countries the opportunity to negotiate and influence the rules and mechanisms that will give it the teeth to be truly effective.

The signing ceremony of the agreement at the UN headquarters in New York on the April 22 will be a key moment for world leaders to reaffirm what they achieved in Paris and demonstrate their commitment to the low carbon transition.

Ban Ki-moon, the UN Secretary General has invited all world leaders to the ceremony to further engage them and help put the historic agreement into early action.

I hope the leaders will seize the moment to demonstrate to both the public and investors that they mean business with their Paris promises.

Their swift action is now needed to ratify and then to successfully deliver on their pledges to build a safe, zero-carbon, future for us all.