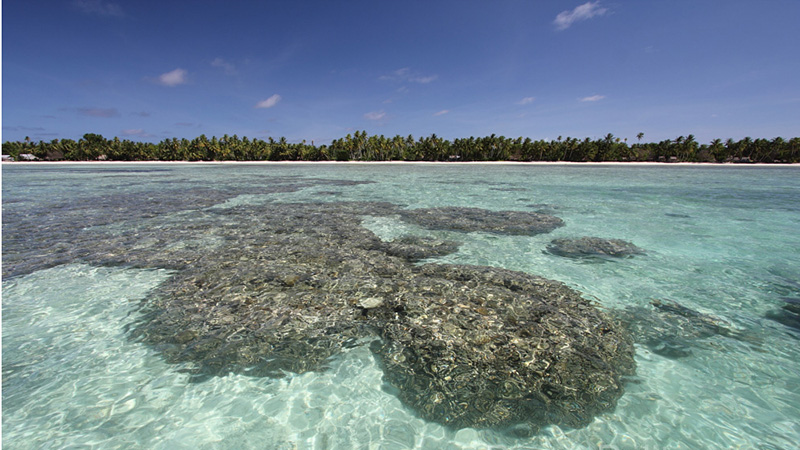 Islanders will start leaving Kiribati in 2020 as rising seas make life too difficult, according to its president Anote Tong.

The government has built coastal walls and floating islands but they won’t be enough to stop emigration, he told a climate change meeting in Wellington, Radio New Zealand reported on Tuesday.

“People are getting quite scared now and we need immediate solutions. This is why I want to rush the solutions so there will be a sense of comfort for our people,” Tong said.

Kiribati, a string of 33 coral atolls dotted around the international dateline in the Pacific, purchased land on nearest neighbour Fiji in 2014. It’s a three-hour flight away from overcrowded capital Tarawa.

The move drew international publicity, with Tong boosting his profile as a defender of countries on the front line of climate change.

Anote’s arsenal
My people are the polar bears of the Pacific
Tong calls for moratorium on coal mines
Sun sets on $35,000 appeal to film vanishing Pacific island

Tong’s twelve-year rule will come to an end this year as he steps down after a third term. He said the land purchase had met criticism, but it meant security for islanders in the long-term.

The people of Kiribati, which is largely dependent on foreign aid, had to prepare to “migrate with dignity,” he told delegates in Wellington.

Aside from climbing sea levels, extreme storms and acidifying oceans threaten the reef atolls in decades to come.

“The freshwater table is the thing people don’t think about. For every inch of sea-level rise, you lose 10 square feet of arable land. It seeps into the soil.”

But in the face of mass relocations, Fiji’s help offered reassurance, Stone said: “The Fiji government is the first nation to say if you need a place to live, you can come and live here.”