Food production could increase 40% with better water use

Careful irrigation can go half way to close the ‘hunger gap’ by mid-century, study finds, feeding the world’s growing population 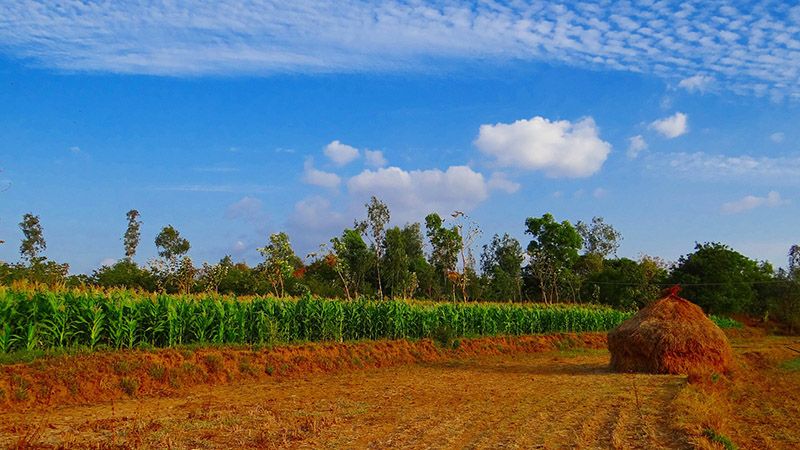 Crops like maize – pictured here in India-consume vast amounts of water and need to be carefully managed (Pic: Pixabay)

Although growing human numbers, climate change and other crises threaten the world’s ability to feed itself, researchers believe that if we used water more sensibly that would go a long way towards closing the global food gap.

Politicians and experts have simply underestimated what better water use can do to save millions of people from starvation, they say.

For the first time, scientists have assessed the global potential for growing more food with the same amount of water. They found that production could rise by 40%, simply by optimising rain use and careful irrigation. That is half the increase the UN says is needed to eradicate world hunger by mid-century.

The lead author of the study, Jonas Jägermeyr, an Earth system analyst at the Potsdam Institute for Climate Impact Research (PIK), says the potential yields from good water management have not been taken fully into account. 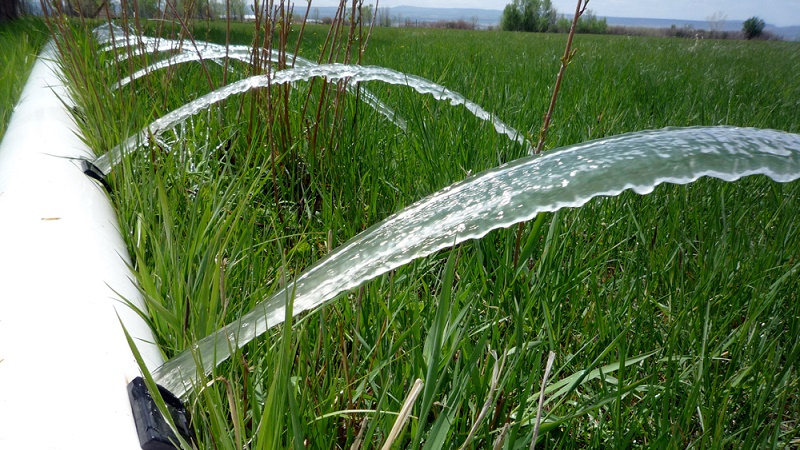 Already parched areas, he says, have the most potential for increases in yield, especially water-scarce regions in China, Australia, the western US, Mexico and South Africa.

“It turns out that crop water management is a largely under-rated approach to reducing undernourishment and increasing the climate resilience of smallholders,” he says.

In theory, the gains could be massive, but the authors acknowledge that getting local people to adopt best practice remains a challenge.

They have been careful to limit their estimates to existing croplands, and not to include additional water resources. But they have taken into account a number of very different water management options, from low-tech solutions for smallholders to the industrial scale.

Water harvesting by collecting excess rain run-off in cisterns – for supplementary irrigation during dry spells – is a common traditional approach in regions such as Africa’s Sahel. But it is under-used in many other semi-arid regions in Asia and North America.

Mulching is another option, covering the soil with crop residues or plastic sheeting to reduce evaporation. And upgrading irrigation to drip systems can play a major part.

Wolfgang Lucht, co-author of the study and co-chair of PIK, argues that the global effect of proper water use has been neglected in the discussion about how to feed the world.

“Since we are rapidly approaching planetary boundaries, our study should draw the attention of decision-makers at all levels to the potential of integrated crop water management”, he says.

Another, less optimistic study from the Lappeenranta University of Technology, Finland, examines climate change effects on the Tibetan Plateau.

It finds that global warming affects glacier melt, soil erosion and the release of sediments into rivers and lakes, damaging water quality. This is already having a significant impact on 40% of the world’s population, which lives downstream in India and China.

The study found that concentrations of mercury, cadmium and lead in high-altitude lake sediments in areas with low human activity were significantly higher than in more densely populated low-altitude areas. This shows, the authors say, that atmospheric long-range transport of pollutants in remote Himalayan areas may deposit them at high altitudes.

The plateau has extensive permafrost cover, storing a lot of carbon. The temperature in the area has been increasing for the past 500 years, and the climate in the central plateau has been warming more than other regions in the last century.

Water from the plateau feeds the Yangtze, Yarlung Tsangpo (known in India as the Brahmaputra) and Ganges rivers, on which more than one billion people depend for their water.

Professor Mika Sillanpää, the director of the university’s Laboratory of Green Chemistry, calls for urgent research to understand the carbon cycle in the Himalayas.

“Global warming is releasing increasing amounts of carbon matter from permafrost to waters and then to the atmosphere,” he says. “This will intensify regional and even global climate change. It will affect human livelihoods, rangeland degradation, desertification, loss of glaciers, and more.”